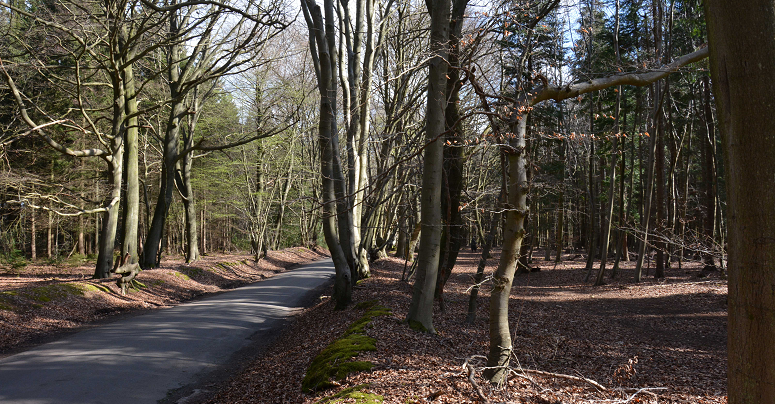 Hockeridge and Pancake Woods has been chosen as part of a nationwide network of 70 Ancient Woodlands to be dedicated to The Queen in celebration of the Platinum Jubilee.

The Queen’s Green Canopy has announced the network of 70 Ancient Woodlands and 70 Ancient Trees across the United Kingdom which will form part of the Ancient Canopy to celebrate Her Majesty’s 70 years of service.

The initiative was launched by His Royal Highness The Prince of Wales, who is Patron of The Queen’s Green Canopy, under one of the Ancient Tree dedications – the old Sycamore located at Dumfries House in Scotland.

RFS chief executive, Christopher Williams, welcomed the news: “Hockeridge and Pancake Woods are beautiful, multipurpose woodland with a fascinating history. We are proud to be balancing the interests of productive forestry with wildlife conservation and public recreation to ensure they continue to thrive for future generations.”

Hockeridge and Pancake Woods were gifted to the RFS in the 1980s by Mary Wellesley. Evidence of their ancient past can be seen throughout the woods. There are pillow mounds – rabbit warrens dating back to Norman times – and medieval banks. Woodland flora such as native bluebells and dogs mercury also indicate its centuries-old woodland past.

The country boundary between Buckinghamshire and Hertfordshire has long been marked as a track through the wood. In the 19th and early 20th century the woods were home to a thriving timber industry. Timber was even taken for decorations to mark King George VI’s coronation in 1936.

The chosen Ancient Canopy woodlands and trees represent the diverse canopy of the four nations, it is a celebration of our living heritage. All the woodlands and trees have a story to tell. Some are famous specimens and others have a local significance.

These ancient natural spaces hold significance and meaning for so many people in many different ways. They are symbols of community pride, places to connect socially and vital spaces for health and wellbeing activities.

By sharing the stories behind the Ancient woodlands and trees, as well as the incredible efforts that are made to protect them, The Queen’s Green Canopy aims to raise awareness of these treasured habitats and the importance of conserving them for future generations.