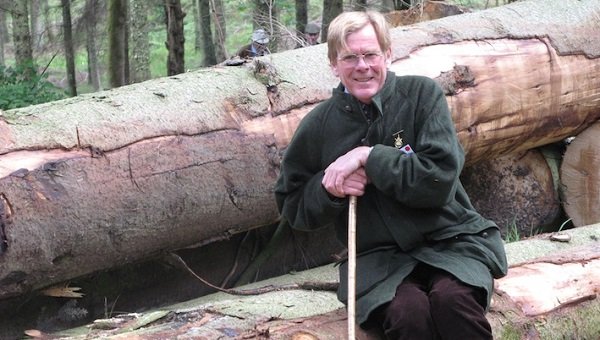 The Royal Forestry Society RFS Excellence in Forestry Awards are moving to Wales for 2015 with woodland owners and managers across Wales being invited to enter six high-value prize categories.

Among them is a special award, Woodland Creation Excellence, being sponsored by Natural Resources Wales (NRW) for woodlands between 1-10-years-old. To enter, woodland must have been planted to achieve one or more ecosystem services objectives – from timber, water quality or biomass to biodiversity and resilience.

There are four additional categories covering a range of woodlands managed for differing objectives:

In addition, a Schools Award is open to educational organisations from nurseries to sixth forms involved in projects that incorporate woodland management, timber and its uses in their learning.

RFS President Sir Jack Whitaker says: “Wales has a strong tradition of woodland management for timber production and other objectives which support the local environment and economy. This is an opportunity to put the woodlands of Wales on the national stage, showcasing the best from which others in the UK may learn.”

Ceri Davies NRW Director Knowledge, Strategy & Planning said that: “Within Natural Resources Wales we fully recognise the important contribution that sustainable woodland management makes to the wider environment and are pleased to be able to sponsor an award that will showcase the best recent examples in Wales’.

The RFS also thanks John Clegg & Co, Tubex and Wood-Mizer UK , PEFC and ECL Howard Watson Smith for their continued sponsorship of, respectively, the Duke of Cornwall, Silviculture, Small Woodlands and Schools Awards.

Deadline for entries is Friday 6 March 2015.

The Awards will be presented in July at the RFS’s magnificent Coast Redwoods woodlands in Leighton near Welshpool, the Charles Ackers Redwood Gove and Naylor Pinetum. There is a top prize of £1000 in each category and runners up prizes of £500 are up for offer.

Full details and entry forms in English and Welsh are available on the RFS web site at www.rfs.org.uk or contact Trefor Thompson, RFS Excellence in Forestry Co-ordinator, Plas Canol, Llanrhydd, Ruthin, LL15 2UU; or email rfscompetition@boyns.netortelephone in office hours to 01824 704230.