A review of the Forestry sector, from an investment perspective 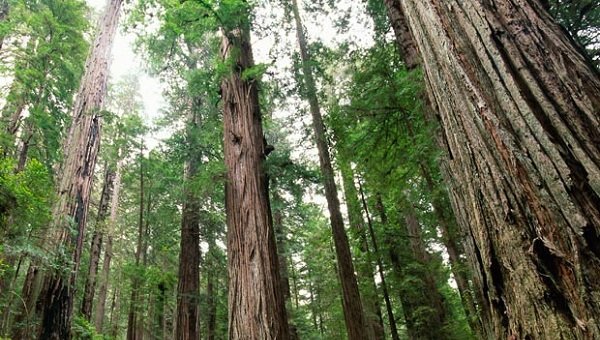 Alex Werbowy of Alliance Trust Investments explains why sustainable investors need to be aware of their potential impact on the world’s forestry sector.

Perhaps one might think that starting this article, with such a strong moral statement may seem a bit disconcerting. However, it cannot be ignored that this has been the case in the past.

It was a wood based economy crisis, which ultimately led to the decline of Classical Greece. The combination of indiscriminate cutting of trees, with drought and wildfires led to a severe lack of timber, which in turn resulted in weak military and especially naval power, leaving the peninsular kingdoms of Greece at the mercy of invaders. Easter Island/Rapa Nui saw the disintegration of its society without any external enemy, because of over population and environmental deterioration, notably deforestation and desertification, which led to war, famine and death.

The latest Global Forest Resources Assessment (GFRA) 2010 from the Food and Agriculture Organisation (FAO) showed that forests cover c. 31 per cent of the world’s land surface, which is approximately four billion hectares. Before the industrial revolution forests occupied nearly six billion hectares. Ninety-three per cent of the world’s forest cover is natural forest and seven per cent is planted. Primary forests, which are forests that have been around for thousands of years without much disturbance, account for 36 per cent of forest area, but have decreased by more than 40 million hectares in the last decade.

Recent forest cover data, showing a slower pace of deterioration, could seem somewhat re-assuring. However this is a very crude measure as it makes all forests equal, which is not the case. There is a big difference in terms of biodiversity, amenity and value of standing wood between Natural forests, especially very bio-diverse areas of woodland, many of which are protected areas and Plantation forests. When plantations replace primary or natural forest this is generally not a good thing. However, using existing cleared land for plantations, as opposed to clear natural forest for plantations, is required if we are to take the felling pressure off existing natural forests.

As they grow trees absorb CO2 and transform it in wood. There is around 290mt of carbon in forest biomass according to the GFRA 2010. Forest loss contributes as much as 12-15 per cent of annual greenhouse gas emissions, about the same as the entire global transportation sector,according to the World Resources Institute. There is obviously much more to forest than trees, and the wood they produce. Non forest products include among others, rubber from hevea trees, cork from oak, maple syrup and the list goes on. But most importantly a forest is a very rich ecosystem, offering a sheltered environment, and providing food to a wide array of animals, from microscopic organisms to large mammals, which in turn will contribute to the forest’s maintenance and development by means of pollination and seeds dispersion.

Disregarding biodiversity and the length of the forestry cycle, has often led to disasters. Sustainable Forestry is the solution. There are several certification programmes that compete, but we prefer the Forest Stewardship Council programme (FSC), which has a clear mission: to promote environmentally appropriate, socially beneficial, and economically viable management of the world’s forests. Certification is quite often a basic requirement for access to markets. On average 80 oer cent of the supply of the major pulp and paper companies is certified. From 3 March 2013, any operator who places timber or timber products on the EU market for the first time must ensure that they have been legally produced. The goal is clearly to ban illegally harvested timber from the EU market. But without enforcement, which is not easy on a large scale or in the middle of nowhere, regulation has its limits.

Competition for land due to farming and urbanisation, fire, invasive species, and world trade, all take their toll on forests. But our analysis of forestry companies highlighted that so far they are able to somewhat mitigate these risks. Nevertheless, climate change remains the largest ineluctable threat. The disruptions caused by extreme weather are more spectacular and often on the front page of news papers. Actually climate change is first and foremost gradually changing forests’ ecosystem at a faster pace, than they can adapt to. Climate change has exacerbated natural phenomena and brought major disruptions to finely balanced environment and led to major biodiversity losses. For example, while usually affecting less than two per cent of the global forest area, the occurrence and size of disease and pest outbreaks has significantly increased, promoted by warmer weather. In North America the current outbreak of the mountain pine beetle has destroyed wide areas of pine forest, including more than 16m hectares in British Columbia. As a result some of the companies we reviewed had to close saw mills and lost sales and profit.

Overall returns from timberland are influenced by three factors: biological tree growth; timber price changes; and changes in the value of the underlying land asset. Valuation and risks are linked to geographic spread of investments, species diversification, and age class diversification. Having completed this review we found that pure forestry companies are not something that lend themselves obviously to Alliance Trust Investment’s investment style. They tend to be dividend paying and for example in the USA many of these are Real Estate Investment Trust (REIT), as opposed to “financial growth”. They are not an obvious fit with our existing Sustainable Future funds and even less so considering climate change as a major risk.

Alex Werbowy is an SRI Analyst at Alliance Trust Investments