Rethink over replacement of chopped down Norwich trees 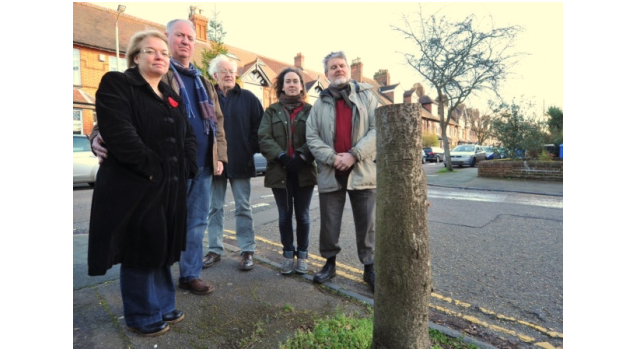 Diseased or dying trees in Norwich which are chopped down will stand a greater chance of being replaced, following a rethink by council leaders.

Norwich City Council cut its tree planting budget by £60,000 in 2011, which left just £35,000 for planting trees in the city’s conservation areas only.

It is a policy which has continued and which led to a petition last year.

People, including Green Party campaigners, urged the council to think again, saying trees needed to be replaced in other parts of the city, rather than just conservation areas,.

At a recent city council meeting, people living in St Philips Road, off Earlham Road, urged the council to replant trees which had been cut down and not replaced.

Rochelle Wilson, on behalf of residents, said: “The situation is urgent and we know other areas would like trees too. We understand that there are financial pressures that the council is under, however we would like to know how we can work with the council to keep Norwich a healthy, leafy city.”

And, in response, Keith Driver, the city council’s cabinet member for neighourhoods and community safety, announced that the council had reconsidered its approach – so trees outside conservation areas would now be considered for replacement.

He said: “I am pleased to announce that the council has looked into this issue and will be planting trees according to need.

“The approved tree planting budget of £35,000 for this year will be used to replace trees, addressing the following aspects: legal. landscape, community, biodiversity and street scene.

All replacement trees, including St Philips Road, will be assessed against this set criteria and prioritised accordingly.

“We will publicise where trees are to be replaced once the list has been finalised.”

And Mr Driver said one way of generating more money to replace trees could be for people to sponsor them.

He said: “One option being finalised are proposals for a tree sponsorship scheme, which will allow residents to contribute to the local street amenity.

“This will be launched in time for the autumn planting season.”

He added that the £5.7m Push The Pedalways scheme will also lead to more tree planting.

That project, awarded £3.7m by the Department of Health, aims to improve the eight-mile pink pedalway cycle route between the Norwich Research Park and Heartsease.

• Do you have a story about a local council? Call reporter Dan Grimmer on 01603 772375 or email dan.grimmer@archant.co.uk