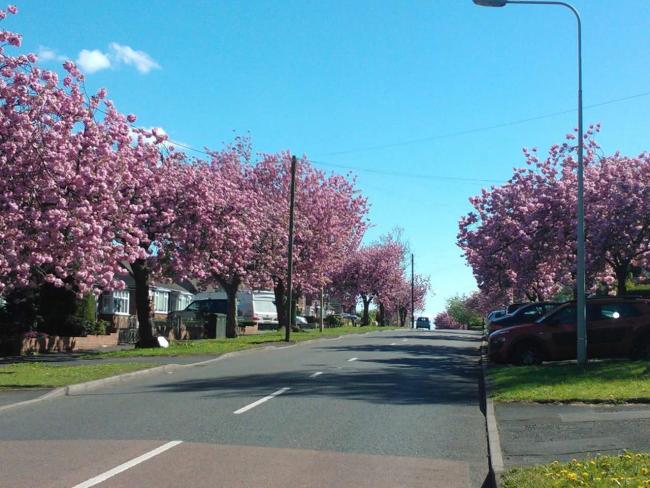 “Beautiful” trees in Kingswinford have been felled by Dudley Council and will not be replaced unless residents pay for it, the Stourbridge News has reported.

The local authority has removed ‘dead’ cherry trees from Standhills Road after a member of the public raised issues with overhanging branches.

Residents and local councillors have urged the council to replace the trees – which were apparently diseased – with those of a similar species.

But it has now emerged that due to the council’s tree budget being “slashed”, replacing the trees with those of any variety may rest in the hands of local residents offering “sponsorship”.

Councillor Paul Brothwood, leader of Dudley’s UKIP group, said: “The council’s tree budget has been slashed and there is just not the money there to replace them, so they are asking residents to provide sponsorship for the new ones in their place.

“Even if the money is found, they will definitely not put cherry blossom trees back as they have a shallow root system which means they cost more money to look after and they don’t last as long.

“The council do want to speak with the residents to see what kind of trees they want, but only if they get the sponsorship.

“If anyone would like to sponsor the trees they can contact their local councillors or myself, as I will be speaking with councillors so we all understand what is going on.

“But if there is no money coming from the residents, the trees won’t be replaced and the spaces will be left empty.”

He added: “As budgets have fallen we do also now have to consider the cost of tree planting and ongoing maintenance.

“However, we are happy to discuss these issues with ward members to ensure people’s views are taken on board.”

Image courtesy of The Stourbridge News