Residents have say on felling of Giant Redwood trees 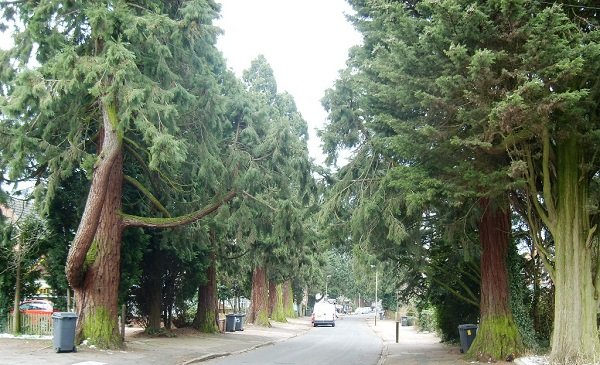 More than 70 people have taken part in a consultation on the future of dozens of huge trees in a Leicester street.

The city council is considering felling a number of Giant Redwoods in Pine Tree Avenue, Humberstone.

Officials said the roots of the 70ft-high, 150-year-old Sequoias were damaging houses and pavements.

The authority has already had to pay £85,000 to homeowners for their properties to be underpinned and has set aside a further £300,000 for future claims.

It may replace the felled redwoods with mature pine trees.   The trees, which once lined the drive to the now demolished Humberstone Hall, predate the homes built along the street and are considered an important landmark.   More than 70 people took part in the consultation with the majority of them – 70 per cent calling for the trees to be saved.   However, the council said among the residents of Pine Tree Avenue itself, 61 per cent wanted to see the trees go.   In all, 18 residents from Pine Tree Avenue responded.   The council’s trees and woodlands team will now weigh up the options of how best to tackle the tree problem, including examining how trees could be removed and replaced, highway repairs to the damaged pavements and road and the cost of the works. The fate of the trees has not yet been decided.