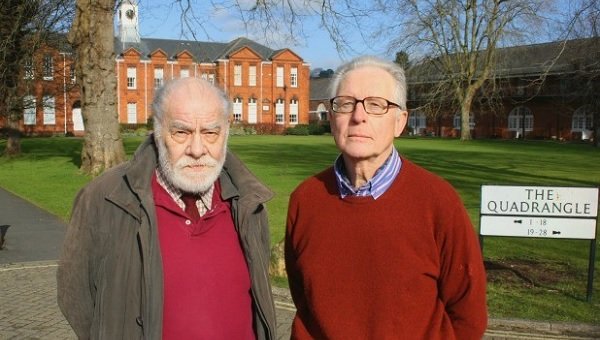 Concerns have been raised about plans to cut-back several historic trees on the site of Grade II listed army barracks in Exeter.

City estate agents Whitton and Laing want to undertake work costing around £5,000 on 15 trees – dating back to the 18th Century and subject to preservation orders – at Horseguards, near the city centre.

It would include reducing the height of two mature trees by up to five metres and pruning an additional four because their branches are overhanging pathways.

Residents of the Quadrangle section of the development, off Howell Road, fear the conservation area will be diminished if the proposed works are given the go-ahead.

“The trees illuminate the Quadrangle with blossom in the spring, provide welcome shade on hot summer days and stunning colour in the autumn. They enhance one of Exeter’s diminishing green spaces, play an important role in the historic fabric and social history of the city, and represent one of the jewels in its crown.”

The former cavalry barracks, named Higher Barracks, were built in 1794 in response to fears of invasion from Napolean’s armies following the French Revolution.

The buildings were used as a base for the Household Cavalry comprising of 195 men and 202 horses.

It is understood the tree were planted at the end of 18th Century – making them some of the oldest urban trees in Britain.

Michael Morris, 79, said: “They make a unique contribution to the townscape of Exeter and are a hugely admired feature of the Longbrook Conservation Area. Their dominance is the essential ingredient which makes the Quadrangle the outstanding place it is.

“The trees are wonderful specimens as they are, but if they are pruned they will become mutilated wrecks.”

A report submitted to the council by Graham Joyce, of Dartmoor Tree Surgeons, found the collection were generally in ‘good condition’ and made a ‘significant contribution’ to the amenity of the site.

It recommended undertaking work, within six months but not urgently, on 11 trees to remove ‘major’ dead wood and get rid of growth from previously dormant buds.

Another letter outlines plans to remove overhanging material on four trees in an effort to reduce leaf fall onto buildings in the Quadrangle.

But a tree surgeon apparently told residents the proposed works would only have a “marginal” effect on the number of falling leaves.

Mr Heighton added: “It’s not like the trees are diseased or dangerous, so why not let them grow naturally? Lopping-off the branches on some trees, but not others will make them look totally uneven. The pruned trees will look like they’ve had – not a crew cut, or a Mohican – but a half Mohican.”

Proposals were submitted to Exeter City Council in January to prune four mature lime and plane trees at the development.

A decision on the plans is expected on March 4