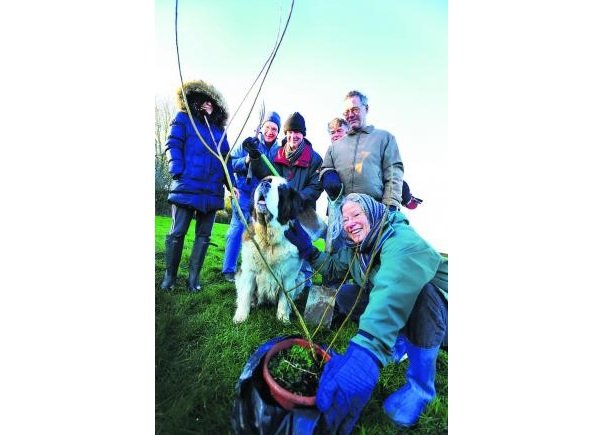 Environmental activists in Rose Hill have invited people to help them replant trees cut down following a council blunder.

The trees were cut down during grass-cutting at the site in August when council workers were unable to see the small saplings among the long grass.

They were among 420 trees planted by community group Rose Hill and Iffley Low Carbon in November 2013 in a bid to create a new woodland in the city.

Shortly after the trees were cut down the city council apologised for the mistake and offered to pay £624 for replacement saplings.

Rose Hill and Iffley Low Carbon has said it will re-plant the trees and will hold a planting event like the one held in November.

The group is appealing for people to lend a hand from 9.30am, weather permitting. The council has paid for the saplings.

Chairwoman Eleanor Watts said: “The mistake of cutting down the saplings was nobody’s fault and I do not want the council to be blamed for it.

“What we want is to have lots of volunteers come and help with the tree planting.

“That we are doing this again just shows our determination to create this woodland.

The tree planting is part of a wider regeneration of the recreation ground, with the new Rose Hill Community Centre set to open nearby later this year.

A “fitness trail” of equipment that people can use to exercise has been installed at the ground.

Rose Hill and Iffley city councillor Ed Turner said: “It is really good that these trees are being planted, and I’m sure they will be enjoyed by local people, as well as contributing to sustainability.

“It’s an exciting time for this part of Rose Hill, with the new community centre going up which will include changing rooms for sports.

“In addition we have seen the installation of a fitness trail, and now the tree planting. We are all very grateful to everyone who’s been involved in this project.”