Residents in Brighton and Hove find trees felled behind their houses 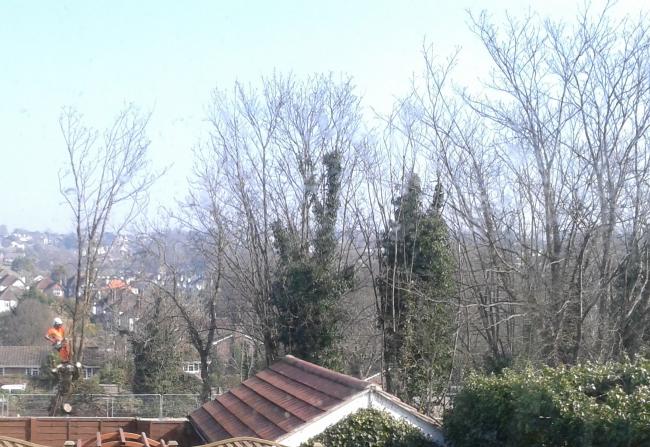 The Argus has reported that residents in Brighton and Hove were shocked to discover that workmen were cutting down trees behind their homes.

The arborists were working for Southern Water and were called in to fell the towering specimens at the company’s facility behind Nevill Road in Hove.

Those living near the site said the measure to get rid of them was “drastic” but the water company said removing them was necessary to carry out urgent works.

Lucy Mudie, who lives in Nevill Road, was one of the several homeowners to be left aghast as chainsaws were set in motion on Thursday, 10 March.

She said to The Argus: “It’s a bit of shock. It’s a very drastic measure. If they are gone we will see the houses. It’s such a shame for the trees.

“It’s completely going to affect the view outside the back of our houses. It will be completely destroyed.”

Miss Mudie claims that Southern Water did not tell residents of Nevill Road of the work but the water company said it contacted people it “identified as being directly affected”.

A Southern Water spokeswoman said: “We have been carrying out urgent work at our site on the west side of Woodland Drive. Part of this includes the removal of trees along the site perimeter as the roots are encroaching and causing damage to the structure.

“As a statutory undertaker Southern Water has a legal exemption allowing the trees to be removed to prevent any damage to the operational site and ensure we can maintain a constant service to our customers.

“The tree roots will be left to maintain the stability of the earth embankment at the side of the site until a permanent solution is designed to support the bank.

“We will also look at what planting options we have available to improve site screening without risking further damage to the structure.”

To read the full story, please visit The Argus website by clicking here

Image courtesy of The Argus