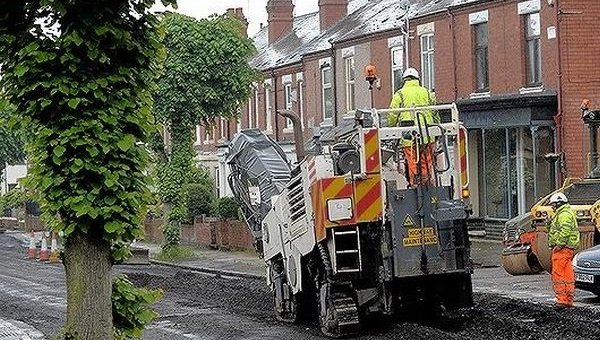 Residents on an Earlsdon street are incensed by the council’s decision to chop down the 100-year-old trees that line their road.

Contractors began bringing down the trees in Mayfield Road on Monday, while local people looked on in horror.

North Earlsdon Neighbourhood Association contacted the Telegraph to say that the avenue had been left ‘decimated’ by the work.

Kevin Nolan, the Association’s Secretary, said: “Residents were shocked that the trees were coming down.

“They were watching and some tried to remonstrate with the contractors. I’ve seen the road, and it’s absolutely decimated. Those trees have been on that street for 100 years.”

Coventry City Council says that the work had to be carried out for safety reasons.

A spokesman said: “These trees were removed after a survey identified health and safety concerns – they were dangerous.

“It’s no different from what we do when there is any other tree issue, and trees are surveyed regularly. The trees will all be replanted with similar specimens.”

But Martin Hale, 70, who lives on a neighbouring street, said: “This is vandalism by the council. There is nothing wrong with these trees at all. The foliage was not diseased, the branches weren’t diseased.

“I think the council is just fed up of maintaining them. They should have asked people before they vandalised a street like this.

“I don’t live on Mayfield Road, but I’d have loved to live on a tree-lined street like this.”

Meanwhile, in one of the pretty terraced houses on the wide street, 41-year-old dad Scott Redding showed the Telegraph a photo of Mayfield Road taken in 1913.

In it, small trees can clearly be seen lining the pavement – the very same trees that the council removed only this week.

Scott said: “There’s a tradition of trees being on this street, providing shade as you walk down.

“Without them, I think many of the residents wouldn’t have chosen to live on Mayfield Road at all. I’ve heard they were diseased, but the stumps look fine to me.

“We’ve had no explanation, and we had no warning, either.”

Council leaders have been told about the residents’ concerns. They have now asked officers to brief them on the situation.