Residents baffled as tree falls down in Plymouth street 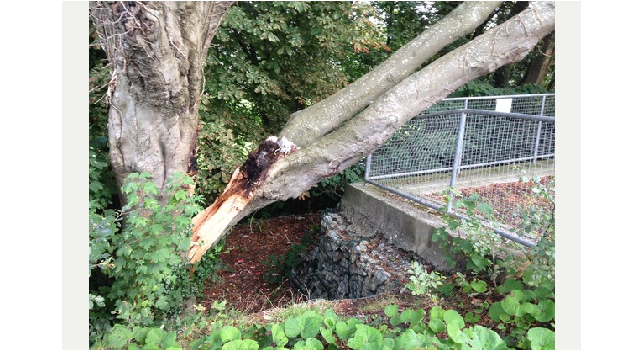 DESPITE last night’s calm weather, residents of a Plymouth street are waking up to find a tree has fallen early this morning.

The tree, on Wantage Gardens, Stonehouse, is thought to be listed and several hundred years old.

Resident Barry Welsh said he heard a “crack” before 7am this morning, and came out his house to find the tree had split and was resting on a fence.

He said: “I was just laid in bed and I heard a crack outside and wondered what it was.

“It’s lucky that no one was around, but the fence won’t support the tree’s weight for long. We need to make sure nobody gets hurt.

“All the kids will be out playing around here later.

The fire brigade have been called via the police non-emergency number 101.