Darlington residents angered over lack of consultation over tree felling 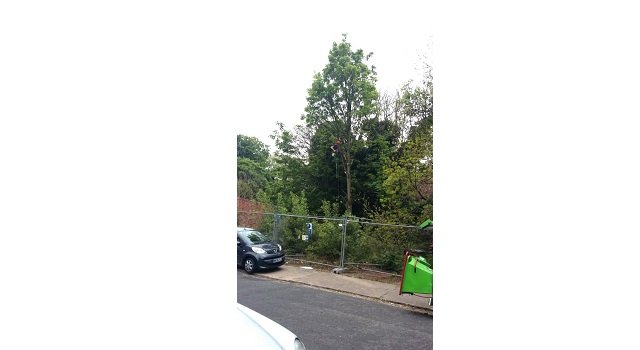 Residents in Darlington have reacted with anger after a number of trees were chopped down without any notice.

The trees near homes on Pendower Street in the Denes area of Darlington were removed by the landowner.

Planning permission was granted to prune or remove six trees – three Sycamore, two Elder and an Ash tree – on land attached to an address on the street.

However, residents Malcolm and Shelagh Morrissey say they were not consulted by Darlington Borough Council during the latest planning application which was decided in March.

A council has reassured residents that all guidelines had been followed by the authority’s tree advisor before a decision was on the application was reached.

The first the couple new of the development was when a tree surgeon started working on the trees.

Mrs Morrisey said: “We were very upset to see that the trees were getting cut down, we had no idea it was going to happen. We have opposed the plans before and we would have opposed them again if we had been given the chance.

“We know that there have been several applications over the past few years for housing, garages and to cut the trees down and they have all been refused, one was even refused on appeal.

“That is why we were so surprised to see the trees being cut down without warning.”

The site at 31 Pendower Street has been subject to several planning applications over the years and one scheme in 2012, to build five flats and a studio apartment, was rejected by the council.

An appeal against that decision was refused in 2014 and a subsequent plan to build two properties on the land was rejected by councillors.

Mrs Morrissey added: “The site is in a conservation area and some of the trees are covered by preservation orders, so how can the developer get permission to cut them down? I just don’t understand how that can happen.

“When the work started several people from the street came out to see what was happening but we were told that it had been agreed by the council, so there was nothing that we could do about it.

“Our worry is that with the trees gone there will be nothing to stop a developer getting planning permission for housing on the site.”

He said: “An officer has visited the site and met residents to discuss their concerns and explain that works to trees within conservation areas are subject to stringent regulations.

“While we note residents’ concerns, we are satisfied, having consulted our tree advisor, that all criteria have been met in this case.”