Residents’ anger over 45ft trees behind homes on Laceby street 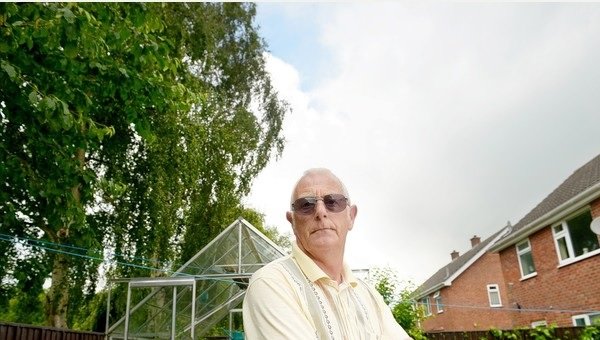 A Laceby pensioner claims overhanging trees are blighting the lives of residents on his street.

Eric Cockerill, of Hawerby Road, has hit out at North East Lincolnshire Council over the huge silver birch trees behind his home, which he said have not been maintained for seven years.

The trees sit the other side of his back garden fence, inside the grounds of Stanford Junior And Infants’ School.

He believes the trees to be around 45 feet high, dwarfing the row of homes – and many of the branches encroach into gardens.

The council has since said it had implemented a grounds maintenance programme that will see the trees reviewed regularly.

Retired Eric, who has lived in Hawerby Road with his wife Ann for the past ten years, is far from happy with the trees.

“The four biggest problems are the falling flowers, berries, seed pods and leaves through the year, but we also have no sunlight as the sun is almost always behind the trees,” he said.

“And the ground is rock solid because of the roots.”

He said the silver birch trees were planted in 1989.

He has already complained to the council about the problem but was told in a letter in March, following a site visit by independent surveyors, that there were “no priority issues for the school to address regarding the trees”.

The council said in a letter to him that the impact of the overhang was “minimal” and advised him that the school maintained the grounds on a budget and addressed issues on a “priority basis”.

He said he fears for his home on windy days, when the trees bend.

He asked: “Why can’t the council just cut the overhang?

“It’s the same the other side of the school on Butt Lane. The residents on this street feel the same.

“We get a bit of sun in the evening in the summer but in the winter we get nothing.

“Even if they could come and trim the trees, the last time they did that was 2007, and they did a fantastic job.

“I’m sure it would be cheaper just to maintain them than to come and do a big job.”

“While the surveyors have said there are no problems that need addressing immediately, the school has implemented a grounds maintenance programme that will see the trees reviewed on a regular basis.”