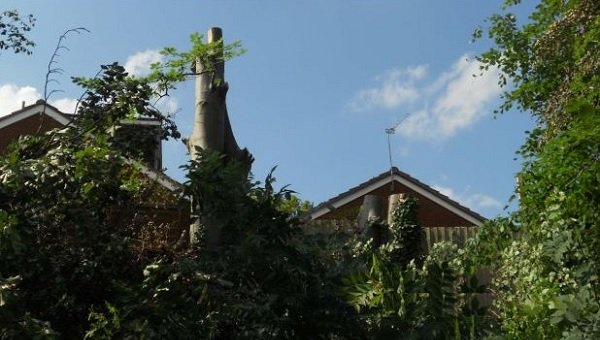 A resident in Cannock Chase has been ordered to pay £900 costs after illegally removing trees from council land.

The council was alerted after receiving a report that two workers were removing trees on council land. The mature beech trees were clearly visible from the street and the local area at the Carfax Estate on the Walsall Road.The workers were approached, questioned and evidence taken.

With police assistance the Parks and Open Spaces Team questioned the resident who ordered the works and they eventually admitted they took action after being told that the trees did not need pruning.

The council made the decision to follow the restorative justice route rather than a formal prosecution and costs were agreed with the resident to plant two new semi mature trees.

Councillor Christine Mitchell, Culture and Sport Portfolio Leader said; “Although the funds will not fully cover the costs and compensate for the loss and damage, we are happy that an agreement could be reached to replace the trees. We hope this will send a clear message to residents that Cannock Council and the police take this matter very seriously, and will tackle criminal damage to public property or assets.


“As the resident confessed and agreed that they would pay to replant the trees, this particular incident was kept out of court.”

It is illegal for residents, who have been told by Cannock Council that they will not prune or remove a tree, to pay someone else to do it. The council says it will prosecute offenders where such works are undertaken without formal consent.