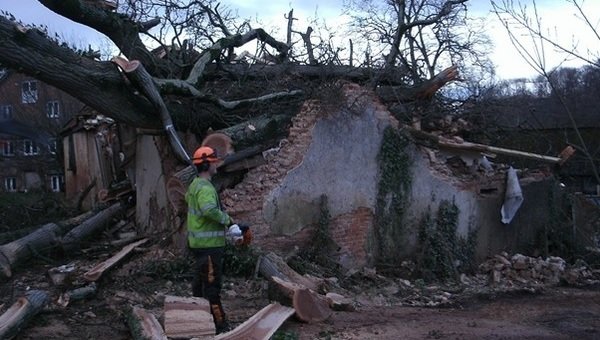 as revealed at the latest meeting of the Exeter highways committee.

Emergency teams had to deal with a total of 1,340 fallen trees on the road network, 176 bank slips and flooding on 4,600 roads.

Before Christmas, South West Highways averaged 500 reports of potholes per cent week and had some 12 to 15 gangs out repairing them.

After Christmas, reportings soared to 3,000 a week and gangs increased to more than 40.