Report calls for significant reduction in trees along railway lines 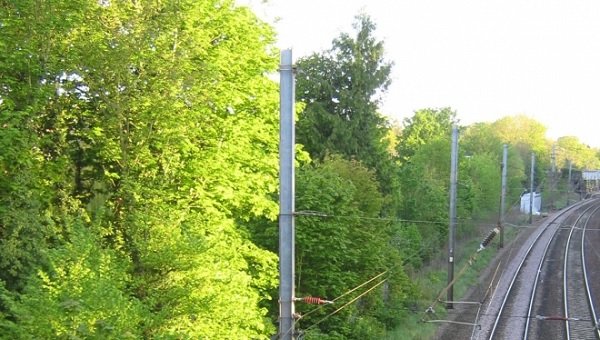 A government-commissioned report on the resilience of the UK’s transport network to extreme weather events recommends that Network Rail develop a 10-year strategy to ‘significantly reduce the number of trees alongside railway lines, particularly those posing a risk to the railway and its users’.

The report, compiled by former Eurostar chairman Richard Brown CBE, a non-executive director in the Department for Transport, notes that ‘line-side trees were found to be a major factor in last winter’s disruption to rail travel’.

Network Rail has around 2.5 million line-side trees with a trunk diameter of 150mm or more. Of these, the report notes, ‘approximately 25,000 are in a risk category based on the likelihood of failure’. Climate change is likely to increase the rate of growth of vegetation and trees and the incidence of pests and diseases, it states, and ‘unless there is a significant increase in the maintenance activity, the overall population of trees will continue to increase as young trees and coppiced trees mature’.

Network Rail last year commissioned LDA Design Consulting, Peter Neal Consulting and the late John Hopkins to produce a Sustainable Vegetation Management Strategy. Winner of the 2013 Landscape Institute Award for Strategic Landscape Planning, this study established ‘a set of new principles and techniques to create a more productive, attractive and cost-effective line-side estate’, with a focus on ‘putting the lineside estate back to work’. It identifies ‘the opportunity for a wholesale shift in the way the line-side estate is viewed; from a cost liability to an asset’, explains Peter Neal, who argues that a more considered approach than tree removal, would be ‘one that uses vegetation as an asset rather than simply treating it as a liability’.

Commissioned in March of this year, after one of the harshest winters the UK has experienced in more than 20 years, the Transport Resilience Review also calls for the development of ‘an active biodiversity strategy including off-setting any reduction through tree planting, generally away from railway lines’. It requests that Network Rail makes ‘appropriate budget provision for vegetation management; that it addresses at-risk embankment slopes, with trees confined to the bottom one third or so of the slope where they can help stabilise it; and ‘prevents re-growth on embankments, cuttings and the line-side after vegetation clearance.’

Last winter saw 1,500 incidents in which trees or ‘substantial branches’ were blown on to rail lines causing widespread disruption, particularly after the St Jude’s storm of 28 October. ‘Overall this was one of the largest sources of disruption over the period,’ the report notes, and a third of these resulted in contact with trains, ‘with 430 cases reported of trains striking trees or branches… often causing significant damage to trains, as well as disrupting the service’.

It is worth noting, the report states, that tree growth was much less of a problem in the steam era, when length gangs frequently cleared vegetation, in order to reduce the scale and risk from line-side fires. ‘But these were progressively withdrawn in the 1960s and 1970s as continuous welded rail replaced jointed rail with a consequent reduced need for maintenance’.

Network Rail’s ‘current vegetation standard’ is to clear trees and bushes to a distance of between three and five metres from the rail depending on line speed, and 3.5 metres from overhead power lines, and also to clear trees from sections of line at particular risk during autumn leaf fall. The former, the report notes, ‘is more about maintaining sightlines for train drivers than increasing the resilience of the railway to extreme weather’. However, this policy, it adds, ‘in no way adequately addresses the risk of trees being blown onto the line in high winds’.