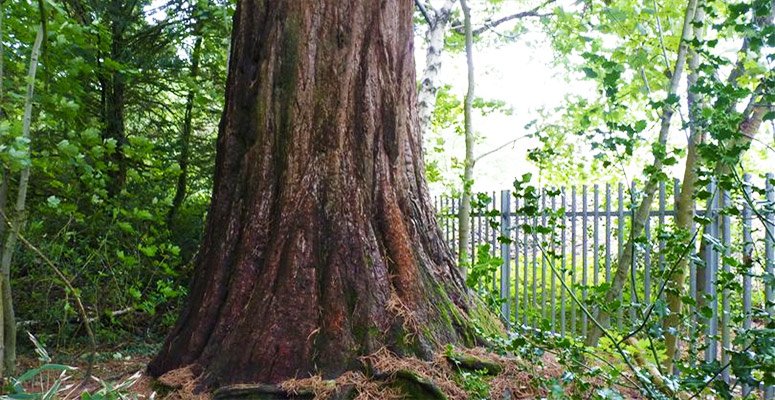 A developer has been asked not to remove any more trees after it felled a 160-year-old giant redwood ‘by mistake’.

A joint investigation by Swansea Council and Natural Resources Wales is underway after the protected tree was felled without permission.

The tree, which was on land in Penllergaer, has been reduced to just a stump after it was mistakenly chopped down as part of work on a housing development.

Enzo Sauro, the boss of developer Enzo’s Homes, previously said that the redwood would be replaced with ‘a mature replica tree’ and stated that he was in talks with the Penllergare Trust, which looks after the surrounding woodland ‘to see if they want to use the tree in their woods’.

But there have since been reports of more trees being removed, according to Swansea Council.

Council officers have visited the site, with further visits planned to help investigate if a criminal offence has been carried out and what action can be taken.

Natural Resources Wales has written to the developer to request that no further trees should be removed whilst it looks into the complaints.

Mark Thomas, cabinet member for environment and infrastructure management, said: “I’m shocked at the details we have received in relation to the unauthorised removal of trees near the development site.

“Our officers responded immediately to these complaints.

“Planning approval was previously given to develop the site of the former council offices at Penllergaer.

“However, the complaints about the removal of trees relates to land outside of the development site and as such has not been given any form of approval.

“We take the destruction of these trees very seriously and, along with our partners – Natural Resources Wales, will be looking at what action can be taken.”

A Parc Penllergaer resident, who did not want to be named, previously stated that: “I genuinely hope they go for prosecution because it shows builders that they can’t just go and do that.”

The resident also said that the community had been ‘absolutely devastated’ by the loss of the redwood and that it had ‘lost the focal point’ as it was visible from the entire estate.