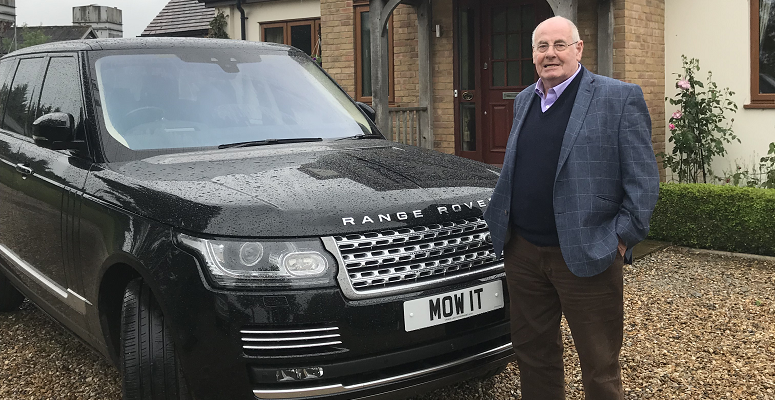 John O’Conner (Grounds Maintenance) Ltd has announced its chairman, John O’Conner, passed away on 24 March 2020. The Hertfordshire-based company sent the following tribute to remember the life and legacy of John:

John was admitted to the Lister Hospital on 12 March after being diagnosed with the COVID-19 virus. Due to underlying health issues he was moved to the Intensive Care Unit but died following a short battle with the illness.

John was an immense character and much loved family man who will leave a long and lasting memory for all who met and knew him.

Originally from a farming background, John was born in Sussex but spent his formative years in Surrey before moving to North London at the age of 18. He then joined what was then the General Post Office (GPO), training as a telephone engineer.

After relocating to Stevenage in the mid 1960s, John started carrying out gardening jobs, and in 1969, started the business with his first annual turnover topping £261.

Over the years the company grew steadily with new premises being purchased and the numbers of employees increasing year on year. In 1999, the company was awarded its first £1m contract with St Albans City & District Council, with whom we are still working with today. Since its incorporation, the business has become a national supplier of grounds maintenance to local authorities, housing associations, schools and the commercial sector, employing more than 500 staff with an annual turnover of £18m.

John was known for his love of cars and in the early 2000s, became instantly recognisable with his very apt personalised number plate, ‘Mow It’.

John played an active role in the company up to the time of his passing and his strong principles and values will remain the bedrock of the business. He showed great passion, not only for his business, but the industry as a whole. He was a former chairman of the British Association of Landscape Industries (BALI) and was an active member for many years.

In June 2019, the company celebrated its 50-year anniversary by delivering initiatives to our contracts and their communities such as planting days with our in-house apprentices and supporting summer fayres with free wildflower seeds to encourage a healthy eco-system. Supporting local communities where the company works has always been one of John’s top priorities and company values.

In his spare time, John was a member of the Rotary Club was extremely proud to receive the Paul Harris Fellow and was an active member in many local fundraising projects and other charitable organisations. His other great passion was the ‘Mutiny on the Bounty’ story and was a collector of Captain Bligh memorabilia. John had visited the Pitcairn Islands on several occasions and had struck up lifelong friendship with descendants of the mutineers. On his visit to the Pitcairn Islands in 2005, heavy storms kept John on the Island for five weeks with no contact with his family. He eventually managed to convince the captain of a converted oil rig boat to take him on a three-week voyage to New Zealand, where he caught a flight home.

John will be sadly missed by so many people throughout the industry and all thoughts go to Matt, Liz and family at this difficult time.