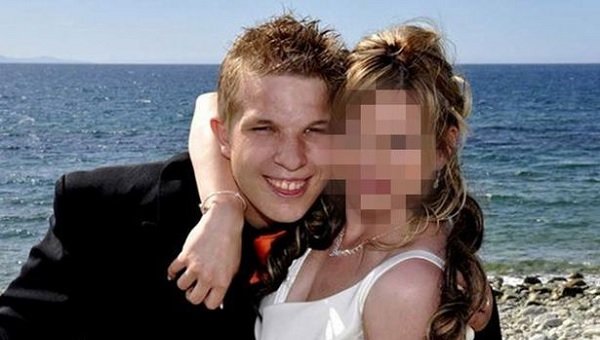 Relatives of a Guildford-born man who was killed on the Malaysia Airlines flight MH17 are looking to plant a memorial tree in Farncombe.

Robert Ayley, 29, who was born in St Luke’s Hospital in March 1985, moved to New Zealand as a child, and was flying with a British passport.

He was on his way home to New Zealand from Amsterdam last Thursday (July 17) when the plane was shot down over pro-Russian territory in eastern Ukraine.

Mr Ayley spent the first few years of his life in Farncombe before emigrating with his family to New Zealand a few days after the great storm in October 1987.

His family are looking into planting a tree in memory of him at Broadwater Park, where he used to play as a child, and which was devastated by the strong winds 27 years ago, or Winkworth Arboretum.

Since moving from Surrey, Mr Ayley had married and had two sons, Seth and Taylor, with wife Sharlene.

The dog breeder had been in Europe with a friend to visit rottweiler breeders with the hope of growing his programme in New Zealand.

Before boarding the plane, Mr Ayley sent an email, in which he said he was looking forward to coming home.

He wrote: “So yes, here we are. Last day in Europe. My flight is at 12 tomorrow. Right now, I’m just looking forward to seeing the boys and Sharlene. It’s been a long, long journey.

“We’ve seen the world’s greatest rottweilers, we have established contacts, and made life-long friends, but now I’m just ready to come home.”

Mr Ayley was among 298 people killed as the plane was suspected of being shot down while en route to Kuala Lumpur from Amsterdam.

Mr Ayley’s family released a statement, which said: “Sharlene, Seth, Taylor, Jonn, Wendie and Tom are desperately sad to confirm that Rob was a passenger on the Malaysian Airlines flight MH17. He had been away for a month visiting rottweiler breeders in Europe.

“It was Rob’s dream to bring the best of Europe blood lines into his breeding programme in New Zealand so rottweilers could once again be the noble and safe dogs they have the potential to be.

“He found in his boys two little people he could love, understand and trust.

“When they cried they were sad, when they laughed they were happy and when they hugged it was because they loved him. He struggled to interpret body language and innuendo but he could understand his boys.”

“Rob was our everything. We adored him and there was no one else like him. He touched so many hearts and lives. We are grateful to forever have him in our hearts.

“Sharlene and Rob are soul mates. She is his ‘Princess’. She changed his life and he changed hers.

“She held his heart and he held hers. Rob will live forever in his family. What can you say? He went out on a high.”

Mr Ayley was a student at Massy University in New Zealand, where he had initially been studying a bachelor of science majoring in mathematics, and this year transferred to a bachelor of engineering degree.

His parents, John and Wendie, told the university he was proud to be able to study at Massey and committed to achieving his degree.

The university said it was always their hope he would have an opportunity to develop his creativity and obvious intelligence.

“Rob was irrepressible once he decided to do something and we believe he may well have spent his last hours with scientists on the plane talking to them with no thought they may not want to talk to him or think that he was out of his depth,” the statement said.

“He would have assumed they were as enthusiastic about his future potential as he was.”