Redesign could mean row of 100-year-old trees are saved 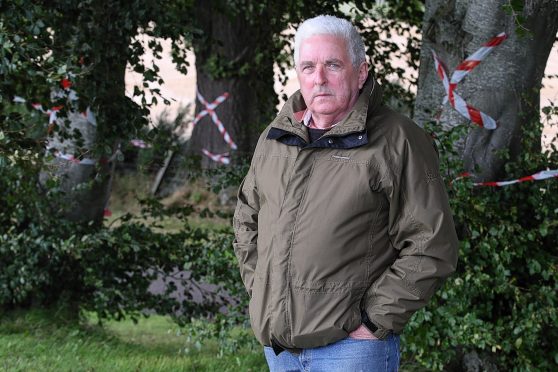 A row of 100-year-old oak trees in Inverness which were threatened with the chop to make way for a new road are now on the brink of being saved.

The potential loss of the 17 trees lining Caulfield Road North sparked an outcry last year after it was revealed they could be removed to make way for the city’s “East Link” road.

But now Transport Scotland has indicated it will “minimise” the impact on the trees as part of redesigned plans, which will be revealed later in the year.

The threat to the oaks was first revealed by local resident William Aitken, of Cradlehall, who put tape around the trees to raise awareness in September last year.

He said yesterday that he has been in contact with Transport Scotland officials who indicated that all of the trees would now be safe.

However, in subsequent contact he said this had been changed to “minimising” the impact.

He said: “I am pleased there is some assurance now from Transport Scotland but I’ll keep pushing to make sure all of the trees are protected.

“Until we see the detail of their plans we won’t know for sure what they are thinking.”

George Anderson of Woodland Trust Scotland said: “Due to public feedback the works are being re-routed and the majority of the trees will be saved.

“This is fantastic news and a testament to the efforts of the many local people who campaigned.

“The real hero of the hour though is Mr Aitken who spotted the threat in the original plans, and started making a fuss.

“His vigilance and tenacity have led many others to the defence of these magnificent old trees.

The East Link will eventually link the A9 near Inshes and the A96 at the Smithton Roundabout.

A Transport Scotland spokesman said: “We thank the local community for their vital feedback following the successful public exhibitions and this is being taken into account as we develop our proposals.

“As part of the ongoing design work, we have recently written to all who responded to our consultation to inform them that we are developing a proposal that will minimise impacts on the oak trees.

“Further details will be made available to the public when we announce a preferred option later this year.”

Inverness South councillor Ken Gowans has previously indicated he would be willing to request a tree preservation order if the oaks remained under threat.

Last night, he said: “I think that all parties are trying to do all they can to minimise the impact of the new road.”