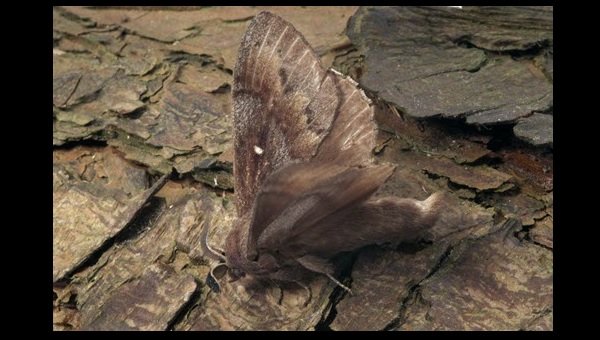 Forestry Commission Scotland is stepping up its precautionary surveillance of a comparatively recently discovered moth in Scotland until more is known about its status and its potential to cause extensive damage to pine trees in current and predicted future Scottish conditions.

The move aims to contain the geographic range of the pine tree lappet moth which, although widespread in mainland Europe, was first found to be breeding in Britain after the first sighting in 2004, near Kiltarlity, just west of Inverness.

The caterpillars feed mainly on Scots pine needles and have the potential, if present in sufficiently large numbers, to cause substantial forest damage over large areas.

Despite extensive DNA analysis by Forest Research it has not yet been possible to determine definitively whether the moth is a previously overlooked native species with an extremely restricted distribution or a recent introduction to Scotland.

“As an initial measure to prevent long distance spread, we implemented timber movement controls in 2007 and – through Forest Research, with help from Butterfly Conservation Scotland and its volunteers – we have been continuing to monitor the population closely.

“So far, levels have remained very low, certainly very much lower than the sort of levels that have resulted in extensive forest damage in some parts of northern Europe, and nor have we seen any sign of damage to pine trees. It is therefore quite possible that, as is the case in many other European countries, this moth will not become a threat to woodland.

“However, Scotland’s pine resource is already under threat from a number of other pests and diseases, such as Dothistroma needle blight, so, given the relatively recent discovery of this moth, it is prudent to adopt a precautionary approach by seeking to prevent further spread until we know more about it. This is why we’re stepping up our monitoring programme outside the current breeding area.”

Current controls on the movement of timber will remain in place as will the current monitoring programme using pheromone lures within the breeding area. In addition pheromone trapping will be stepped up at sites peripheral to this area.

Any new breeding areas discovered will be dealt with by an experimental, non-chemical method of control (glue banding on pine trees) or, if appropriate, by some tree felling.

The moth has a two year life cycle, so any major population build-up will be flagged well in advance, giving the Commission and its partners the opportunity to act quickly to prevent mass outbreaks in the unlikely event that such action is required.