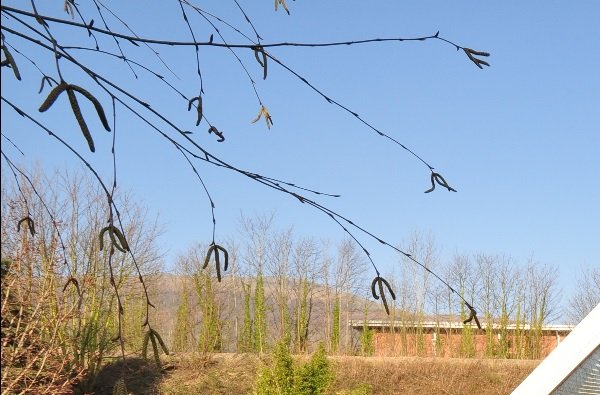 Work to cut down trees on the railway embankment in Malvern has been welcomed by residents who say it has restored light to their gardens and reopened views of the hills.

The work, which has involved clearing vegetation from alongside the line running from Great Malvern station southward towards the Malvern Wells Common, has been carried out by Network Rail for safety reasons.

And people living in Woodshears Road, close to the line, say the work is long overdue. They were speaking in response to another resident, Martin Tolliday, who criticised Network Rail for cutting the trees.

Mrs Judith McGregor said: “When we bought this house, more than thirty years ago, there was no vegetation at all on the embankments. We had a wonderful view of the Hills, which was one of the deciding factors in our purchase of the house.

“During the last twenty or so years there has been an invasion of self-seeded vegetation, mainly sycamore trees, dense bramble and bindweed. We lost the view and much of the natural light. All this growth also invaded the garden, creating more problems. The work being carried out is long overdue and greatly appreciated.”

Graham Binns said: “We all live by a railway and in buying these properties we accepted the noise and sight of trains as part and parcel of the deal, shielded by trees or not.

“We must accept the professional safety assessment of Railtrack for undertaking this work and put up with the temporary noise inconvenience that has resulted.”

Liz Wilkins said: “When we bought our house 16 years ago, there was minimal vegetation on the embankment and we had a lovely view of the hills.

“The ash and sycamore trees grow at an alarming rate. We have lost our view and a good deal of light in the garden.

“When we heard and saw the men working on the embankment we were really delighted to learn that the area was to be cleared.”

Julian Burnell of Network Rail said: “The whole issue shows the complexity of our relationships with our neighbours. I’m delighted that some people have seen a benefit from our clearance work.”