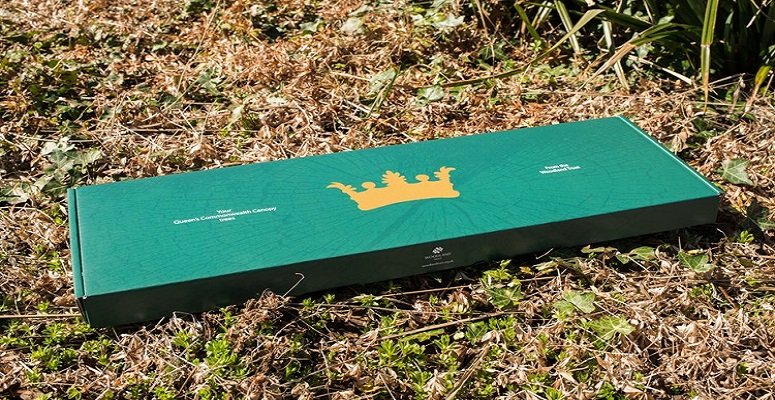 Fifty thousand trees will be winging their way across the UK next week to form part of the Queen’s Commonwealth Canopy (QCC), a network of global forest conservation initiatives to mark Her Majesty’s lifetime of service to the Commonwealth.

They will be planted by 10,000 members of the public who snapped them up in a matter of minutes in a free tree giveaway made possible by a partnership between the Woodland Trust, Sainsbury’s and ITV.

The giveaway was in support of a landmark documentary, The Queen’s Green Planet, screened on ITV in April. It followed Her Majesty the Queen and the ambitious QCC legacy project which brings together her deeply held commitment to the Commonwealth and her love of trees.  At the heart of the film by ITN Productions was a conversation between the Queen and Sir David Attenborough filmed in the gardens of Buckingham Palace last summer.

Each specially-labelled tree pack, going out on Monday 15 October, will contain five UK-sourced and grown native broadleaf trees – two silver birch, two rowan, and a hazel – for ITV viewers to plant as their own contribution to the Queen’s Commonwealth Canopy initiative.

Among those who applied for the trees during giveaways on Good Morning Britain and This Morning are schools, charities, care homes and individuals planting for personal reasons.

Woodland Trust chief executive, Beccy Speight, who will be planting the first of the giveaway trees with Sainsbury’s colleagues at the charity’s Grantham headquarters on Tuesday, 16 October, said:

“We were thrilled when the packs were snapped up so quickly by ITV viewers. It’s testament to the high regard in which people hold both Her Majesty and trees. We’ve loved hearing the reasons people want to be part of this project and are honoured to be playing our part in extending the Queen’s Commonwealth Canopy.

“Trees do so much for us. They improve soil health and water quality, reduce carbon, slow the flow of flood water, trap pollutants, shelter livestock, provide a home for wildlife and a space for us to breathe and reflect. I hope those who will be planting them next week will enjoy watching them flourish as part of this wonderful legacy initiative.”

“As the Woodland Trust’s largest corporate partner, we’re committed to raising awareness of the importance of the UK’s woods and trees, and contributing to their conservation.

I was lucky enough to grow up surrounded by woods, so trees have a particular resonance with me. Sainsbury’s recently planted its three millionth tree with the Trust, and the thought of getting another 50,000 in the ground as part of the Queen’s Commonwealth Canopy is an exciting prospect.”

“ITV is proud and privileged to have commissioned this remarkable documentary that now has this unique and continuing legacy. We are thrilled that thanks to this exciting collaboration with our partners, our viewers have been given the opportunity to be part of The Queen’s Commonwealth Canopy.”