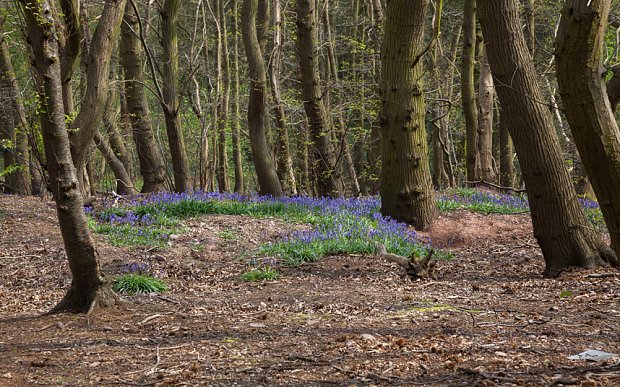 Conservationists say plans to turn part of an ancient woodland into a quarry would cause untold damage to an “irreplaceable” landscape which would take a “lifetime to heal”.

Lafarge Tarmac has registered an interest in quarrying at Hopwas Woods, in Tamworth, Staffordshire. The woods cover more than 170 hectares and date back to the 11th Century, when they were recorded in the Domesday Book.

Lafarge, which owns 74 hectares of the site, wants to extract sand and gravel for the construction industry on 31 hectares. It said the proposed site only covered one fifth of the total woodland and much of the area was damaged by fire in the 1970s and could no longer be considered ancient woodland.

It said there was an estimated nine million tonnes of sand and gravel on the site which could be extracted at a rate of 700,000 tonnes a year over 13 years and it was experienced in dealing with the protection and restoration of woodland.

But Austin Brady, director of conservation at the Woodland Trust, said it regarded the plans as the “largest threat to a single ancient woodland site in England that the charity has seen in its 42-year history”.

“What we’re concerned about is that people are putting profits before the long term importance of the environment for society,” he said.

Historical woodlands such as Hopwas only covered only 2 per cent of Britain, he added.

Lafarge Tarmac has made an “initial representation” to Staffordshire County Council for Hopwas to be included as a preferred site for future mineral extraction. The council is currently asking for landowners to submit proposals for its 2015 to 2030 Minerals Local Plan, which aims to identity land to meet the needs of the construction industry in the coming years.

Lafarge said once the quarrying was finished, it would consult with the public about how they would like the site to be restored, and pointed to another of its sites in Staffordshire, which is now the National Memorial Arboretum after quarrying finished there.

Christopher Pincher, the Conservative MP for Tamworth, has also expressed concerns over the quarry plans.

“Whilst we all accept that there has long been quarrying in our part of the world, and some local people are employed by the quarries, the scale and impact of the extension towards Hopwas woods is just not acceptable,” he said.

“The woods, some of which is ancient, could be ruined and their loss is irreplaceable.”

Staffordshire County Council will be consulting on the plans until December 5.

The final draft for the plans will then be published in 2015. If Hopwas is included in the mineral plan, Lafarge would then also need to a submit a planning application in the normal way.

Lafarge Tarmac said it was committed to working with the Woodland Trust to ensure the proposals were sustainable. It said the new quarry would also safeguard the jobs of 15 employees, who are currently employed at a nearby quarry in Hints but which is due to run out in six years.

Nick Atkins, estates Manager for Lafarge Tarmac said: “Lafarge Tarmac currently operates the quarry at Hints, which has been in operation for over 40 years and we wish to maintain our operations within the local Staffordshire area. Our products provide sand and gravel for construction projects across the region, as well as securing a significant number of local jobs.”

Hopwas Wood was recorded in the Domesday Book as being “3 Hides; land for 6 ploughs; In Lordship, a mill at 13s 4d; 11 villagers and 2 smallholders with 5 ploughs; Meadow, 30 acres; woodland 6 furlongs (long) and 3 furlongs wide”.

The Ministry of Defence and a private landlord own the remainder of Hopwas Wood, although public rights of way exist and the woods are enjoyed by thousands of people every year. Lafarge Tarmac said the rights of way would not be affected.

A spokesman added in a statement: “We recognise the concerns raised and are committed to working with the local community as we develop our proposals.

“A significant amount of work and engagement with neighbours and other interested parties will be undertaken as our plans progress. This will include NGOs and other community groups.

“We are also committed to managing and protecting the local habitat. We look forward to working with interested parties over the coming months.”