Public urged to step up fight against HS2 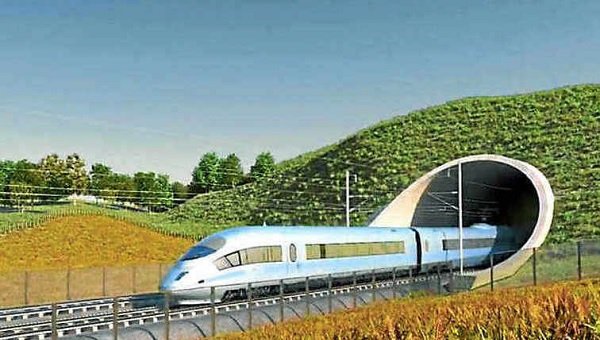 A conservation charity is urging the public to contact their MPs as it bids to save ancient woodland from being lost when controversial HS2 is built.

Today the Woodland Trust issued a plea to the public in Staffordshire asking them to raise their concerns over the loss of historical woods.

Bosses hope it will encourage the Government to look again at the route and make changes to preserve certain sites.

“Ancient woods are places of inordinate beauty, reservoirs of archaeology and economic history and a source of inspiration for local culture and folklore.

“Each ancient wood is a unique product of its location, geology, soils, climate and history – conditions that can never be re-created with new planting.

“It’s important we keep reminding HS2 Ltd and the Government to truly think long term by giving full and proper consideration to the environment when planning HS2.

“Route changes like realignment and tunnelling have been made for economic reasons like avoiding businesses, so should be possible to protect irreplaceable habitats like ancient woodland.”

The final route of phase two will be announced by the Government early next year.

In Staffordshire three ancient woods are at risk including Whitmore Wood, Barhill Wood and Hey Sprink, all near Newcastle Under Lyme.

But the Woodland Trust is keen for anyone living across Staffordshire to contact their MPs to try and save the sites. They say a further 21 ancient woods lie close to the proposed track and could be affected.

Ancient woodland is land that has been continuously wooded since 1600. It supports 256 species of conservation concern.

Overall as part of phase one and two, HS2 threatens around 83 ancient woods and 13 ancient trees from London to the north.

HS2 is set to cut a 45-mile swathe through Staffordshire countryside.

The first phase will see the line from London to Birmingham and continue to Lichfield. The second phase will join Lichfield with Manchester.