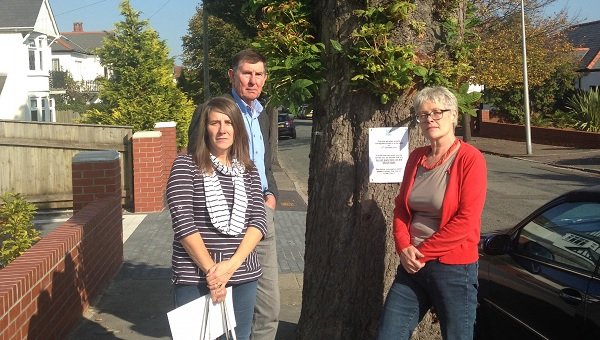 The public meeting held by the Penarth Civic Society on Thursday, January 14, at Foxy’s Deli was designed to allow Penarthians to go come along and share their views.

And several expressed interest in joining a working party to discuss the way forward for a tree management strategy with the local authority.

Chairman James Long reported on the society’s recent positive meeting with the Vale council saying that: “the council has agreed to work with us to take the issue of a tree strategy forward.”

Specific issues relating to coppicing and pollarding of land above the Marina were also raised and town councillor and society member, Tracey Alexander agreed to contact the council on this matter.

Residents also voiced their fears about what they consider to be “excessive pollarding” of trees in Hickman Road and other areas.

But it was pointed out that pollarding and coppicing are standard tree management techniques and are considered a valuable means of maintaining trees.

There was general agreement that some of the Victorian trees already taken away had been removed because their roots might have posed a threat to nearby properties or been trip hazards.

But one member of the public spoke up saying they believe that trees should be replaced and in the same area where they were taken from.

One idea raised at the meeting was for trees to be planted within tree root barriers, costing an estimated £2-3,000 per tree, with grants available on application.

Town councillor, Anthony Ernest suggested that many people like to plant a tree in memory of a loved one and wondered if such trees could be planted in a street, rather than in a park.

But he also said he thought the council’s tree work budget was “very low”.

Cllr Gwyn John, cabinet member for visible services and leisure at the Vale council, said: “The Vale of Glamorgan Council is always willing to work with interested parties on matters of specific local interest, especially where there is an opportunity to increase the resources available by working with the community.

“We have many aspirations for our residents and their communities. Unfortunately the competing demands on our limited operational budgets mean we are not always able to meet them all.

“I very much hope that the opportunity to work with local residents, together with the establishment of an ongoing dialogue with the Penarth Civic Society will help us in our work to maintain and preserve trees for the future wherever possible.”

The meeting also heard that a recent report by Natural Resources Wales entitled ‘tree cover in Wales’ towns and cities’ highlighted the impact on the street scene in Penarth, following the removal of a large number of specimen Victorian trees from many of the town’s roads.

Research shows that trees are good for people and the environment and the size of the tree canopy is the major factor.

The report states that trees create attractive towns, increase property values and remove pollutants and dust from the air.

The meeting was also told that the report suggested that trees can contribute to lower crime levels and customers are said to be prepared to pay more for goods in landscaped shopping areas.