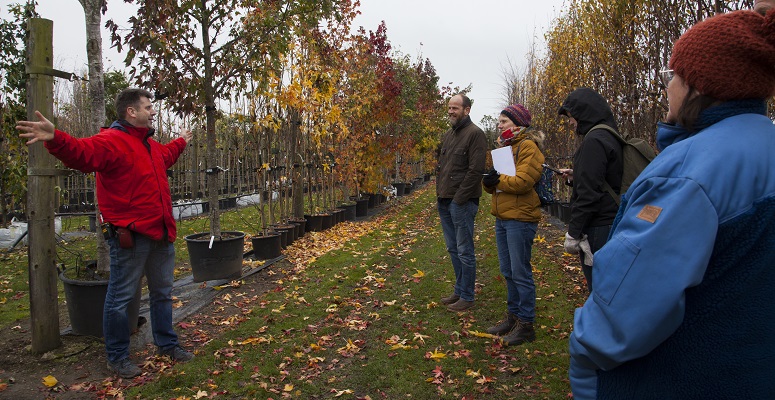 Earlier in November Provender Nurseries held TREEFEST 2019 which included guided tours around their tree field led by its resident tree expert Richard McKenna.  Each tour lasted two hours and was well received by all of the attendees that came along despite the cold weather.

Among the tree selected for the tours were trees for small gardens, trees for screening, fastigiate trees and some of the more unusual trees held in stock that Provender Nurseries are well known for.  The specimen tree field holds a large selection of pleached, multistem, feathered and standard trees all year round.

Due to the event being well publicised by various industry trade bodies the turnout was well received and over 45 people attended to come for the tree tours.  The tours were interactive with plenty of questions and discussion.  Provender Nurseries are already planning ahead for TREEFEST 2020 and will keep the industry up to date with developments via their website.

Some of the coverage on social media reflected how well TREEFEST 2019 was received: