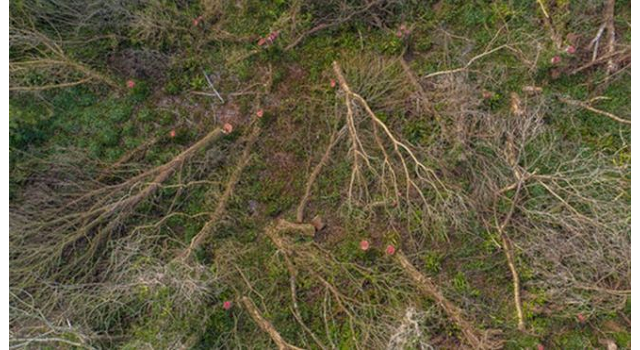 Investigations have begun after dozens of protected trees in Freshwater East were illegally felled.

An authority spokeswoman of Pembrokeshire Coast National Park said it was the worst breach she had ever encountered, stating that species of ash, sycamore and hawthorn were found abandoned in Freshwater East local nature reserve.

Jane Gibson, park authority director of park direction and planning, said: “We take this type of breach very seriously and local police have already made door to door enquiries.

“Not only has someone felled trees that were protected, they have carried out these unauthorised works on land that didn’t belong to them.”

The trees were part of a woodland protected by a Tree Preservation Order (TPO) and thus anyone found guilty of destroying them can be fined up to £20,000 per tree.