Protected tree is felled to save Preston home 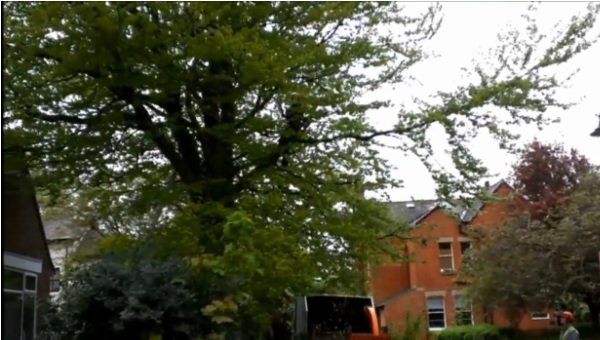 A protected tree has been felled to prevent major damage to a city house.

Planning bosses took the rare decision to remove a tree preservation order (TPO), after a giant beech began to cause cracks at a Fulwood home.

Now experts have cut down the tree outside the Victoria Road property, and owners said they were “delighted” with the decision.

Councillors voted not to confirm the order on the tree, after a report said it was causing damage to the house and the property was uninhabitable.

Addressing the public planning committee meeting, local councillor Bobby Cartwright urged members to remove the TPO to “allow the family to repair the property and make it fit to live in again”.

The owners of the home said the property had suffered clay shrinkage because of the beech tree’s roots, which had caused cracking.

They said: “Because of the common sense of the planning committee and parks department in removing the TPO and allowing us to remove the beech tree immediately, we are relieved that the house has suffered no long term defects.

“We are aware that TPOs are rarely overturned or removed so we are delighted with the outcome to have permission to remove the beech tree from our garden.

“We involved our local councillor Bobby Cartwright and MP Ben Wallace in January when a temporary TPO was placed on the tree.

“We really appreciate the support they have both provided.”

Planning committee members voted unanimously to allow the removal of the tree, in line with officer recommendations. It was felled on Wednesday last week.