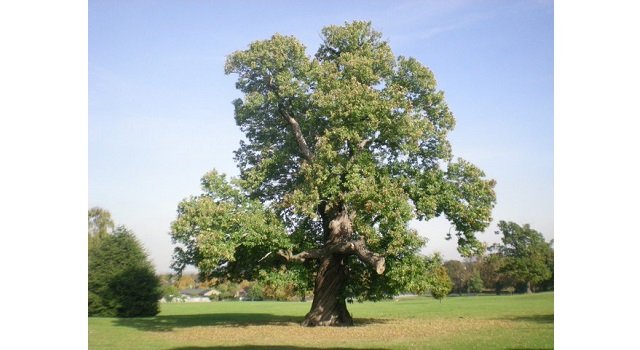 It is now illegal to move sweet chestnut material including plants, logs, branches, foliage and firewood out of, or inside, zones within a 5 kilometre (3.2mile) radius of three sites in Devon.

The prohibition of movement, which came into effect on Friday 24 February, follows findings of sweet chestnut blight in parts of the county, forcing UK plant health authorities to introduce the ruling.

The same restrictions apply to oak within 1 kilometre (0.62 mile) of the same three sites. The exact boundaries of the zones are shown in maps (under ‘demarcated zones’) on the GOV.UK website.

Sweet chestnut blight is caused by a fungus called Cryphonectria parasitica, which gets into the trees through wounds or graft sites. It does not pose any risk to people, pets or livestock, and only seriously affects sweet chestnut (Castanea) species. It does not affect horse chestnuts, also known as ‘conker trees’, which belong to the Aesculus group of trees. Although oak trees suffer very little damage if they are infected by the fungus, they can spread it, so restrictions on movements of oak material are also required as a precaution.

“This prohibition on movement is a necessary precaution to prevent the spread of the disease and we will do everything we can to minimise the impact on local businesses. The prohibition will remain in place until further notice and will be kept under review.”

The Government is committed to doing everything possible to prevent plant diseases crossing our borders, and the action taken to restrict movement is in line with stringent plans to deal with threats, and take prompt action when they are detected. The Government will continue to work closely with the international community, industry, NGOs, landowners and the public to reduce the risks of pests and diseases entering the country, and to mitigate the impact of newly established ones.

As is routine, the Forestry Commission and the Animal and Plant Health Agency (APHA) are carrying out tracing activity, inspecting sweet chestnut trees at other sites. Subject to those investigations, further advice may follow.

The horticulture trade and garden centres should contact the APHA’s Plant Health & Seeds Inspectorate by telephoning 01904 405138 or by emailing planthealth.info@apha.gsi.gov.uk.

Image: © Copyright JOHN PARKIN and licensed for reuse under this Creative Commons Licence.