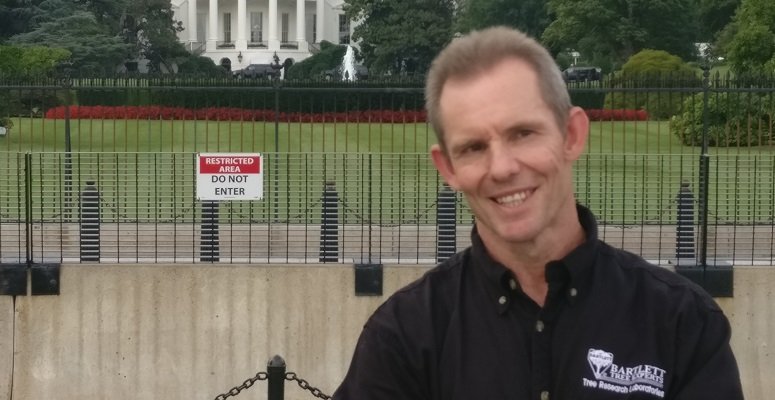 Dr Percival is a senior arboricultural researcher at the Bartlett Tree Research Laboratory in Reading.

The accolade recognises those whose research has contributed valuable information to arboriculture.

Dr Percival’s early research focused on the development of systems arborists could use to detect stress in trees, such as chlorophyll fluorescence, leaf chlorophyll content and electrolyte leakage. In collaboration with Barcham Trees and Hansatech, this has led to the development of the Arborcheck, a non-invasive, non-destructive system of quantifying stress in trees that is now routinely used by many practising arborists and consultants.

In addition, Dr Percival was one of the first to recognise the importance of carbon (sugars) rather than nitrogen fertilization to improve tree root rhizosphere environments.

Most recently, Dr Percival’s research has focused on soil amendments such as biochar, chitin and single-species woodchip mulch) that can be used to promote a tree’s own inherent defence systems to protect against pests and diseases such as ash dieback and acute oak decline. Hel has also highlighted the importance of endophytes, such as non-harmful fungi and bacteria organisms that live within trees, and the important role they play in protecting trees against acute oak decline and honey fungus.