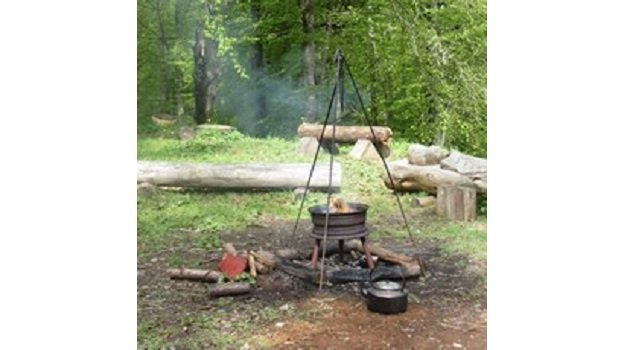 The winners of Scotland’s Finest Woods Awards 2016 have told entrants to the 2017 Awards that coming out on top is a fantastic experience they will never forget.

With just one month to go before nominations close for 2017, last year’s cream of the crop have been recalling their victories – and urging would-be entrants, ‘Go for it.’ Entries close on 31st March.

Evanton Community Wood near Dingwall, Ross-shire, has won two Awards in a row; the Community Woodlands Award for Healthy Lifestyles in 2016 following the schools award for its work with Dingwall Academy in 2015.

Simon Harry, Education and Outreach Co-Ordinator at Evanton, said: “The Awards have been brilliant for highlighting what we have achieved in the local community.

“It’s a very exciting time; we got 250 people for the launch of our play area and I’ve had wonderful feedback from the community for the pilot project with the NHS for people with dementia. I see them in Tesco and they say what a difference it has made to their relatives. It has had an unbelievable impact and we are putting in a big application for a very significant project to help people with dementia.”

Jacqui O’Donnell, Deputy Head of Gavinburn Early Education and Learning Centre, in Old Kilpatrick, near Glasgow, said winning the school award in 2016 has had a huge positive impact.

The Gavinburn community cleared and fenced off a patch of land to create a forest school, with new trees, carved stools, a tyre swing, teepee, campfire and wildlife areas.

Jacqui said: “The kids love the campfire, climbing the trees, forest games and making things, and the project brought the whole community together, with parents and grandparents, shops and businesses, all helping out.

“We were delighted to win. It gave us a real confidence boost that we were on the right track and motivated us to keep going. The prize money allowed us to extend into a new area and further involve the community by bringing in older people.

“We are in a very deprived area of Scotland, on the outskirts of Clydebank. It’s not an area you would associate with forestry. If you are thinking of entering, go for it; if we can create a forest school here, anyone can!”

Neil Mackenzie, Winner of the 2016 New Native Woodlands award for Garradh Beathe Wood on the south side of Loch Ness, said:

“What was once a bare field with boring old grasses is now a rich, diverse, woodland full of wildlife, plants and insects.

“We planted about 3000 trees in total – mainly birch and alder, but also hazel, rowan and oak. It was hard work at times, but overall it was a really enjoyable and rewarding experience. We started planting in 1999 and we are now doing some thinning and using the logs as firewood. There is real lasting amenity value and it’s provided great shelter – we are 600 metres up and it’s very windy here.

“Anyone with a bit of green could do it relatively easily and I’d encourage them to do so. We used the prize money for a pond liner, which has encouraged frogs, toads, newts and dragonflies.”

Tim Cockerill, North Highland District Manager for Forest Enterprise Scotland, said everyone involved in Sibster Forest, Caithness, had been “blown away” to win the Dulverton Flagon, an occasional award made at the judges’ discretion (awarded only three times in the last seven years).

“It’s surprising how many people have heard about the award, even community groups from further afield.

“It has helped with the kudos and we are getting lots of visitors; people coming up the A9, catching the ferry at Scrabster or coming from Wick or Caithness. It’s made a big difference.”

Angela Douglas, Executive Director of Scotland’s Finest Woods, said: “It is great to hear about the pleasure last year’s victors took from winning the awards and the benefits they have derived. We look forward to another top quality year in 2017 – but we urge everyone to hurry to get their entries in as March will fly by!”

Entries close on 31st March. Full details, including criteria and entry forms, are available at http://www.sfwa.co.uk/awards-2017/