Is a Powys village home to Europe’s oldest tree? 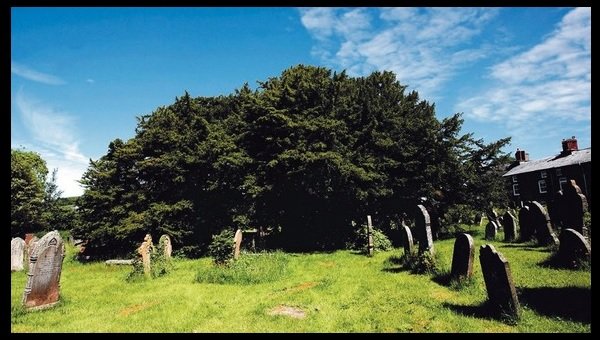 A Powys village is believed to be home to Europe’s oldest tree. Experts say the ancient yew tree in the village of Defynnog, near Sennybridge, could be more than 5,000 years old.

They’ve been running DNA and ring dating tests on the 60-foot wide tree in the churchyard of St Cynog’s in the village.

I’m convinced this is the oldest tree in Europe. It was planted on the north side of the ancient burial mound which is now the churchyard, probably in honour of a neolithic chieftain.

It is so old that it has split into two halves, one 40-feet wide and the other 20-feet wide. It’s DNA has been tested by the Forestry Institute and its ring count is 120 per inch, which makes it over 5,000 years old.

The Church in Wales has launched a campaign to protect yew trees in their churchyards. It’s sending out certificates to parishes and communities, which are home to some of the oldest yews and giving information on where to get the best advice on how to make the most of them.