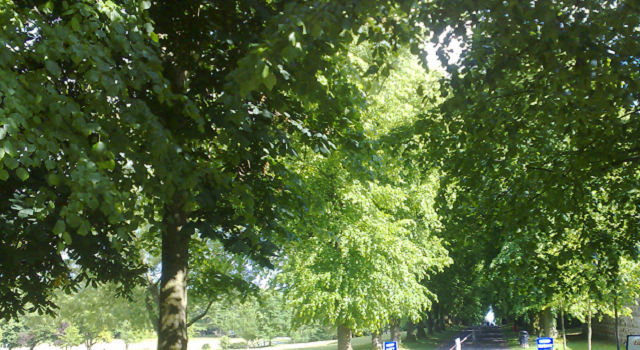 Local Portadown resident Vilma Orzekauskaite spotted the cat as she looked out of her window in People’s Park, quickly realising that the cat, which was perched on a high branch, dangling over the river, was stuck.

Vilma tried to coax the cat down from the tree with a range of tricks and food, “It was too high for me to get up there,” she comments. She then tried the local NI Fire and Rescue Service but discovered that they no longer deal with cat rescues.

With few options left, Vilma turned to the internet for help and advice for getting cats out of trees. Fortunately, after three days, Moira tree surgeon Peter Boyd answered Vilma’s plea.

Peter, who works for Annett ARB Tree Care Specialists, arrived at Vilma’s Portadown home around midnight, rigging his ropes up in the pouring rain. Peter comments: “I used the rope and harnesses as it left my hands free to get the cat. He was happy enough in my arms but then about three yards from the bottom I got a bit tangled in a rope and he climbed off me onto another branch.

“I shone a torch down the tree trunk and the cat just scaled the last leg down himself,”

Vilma believes that the cat is a local, domestic cat as it appears to be well fed, but fears that this may not be the last time it needs saving, as it has been stuck in this same tree before.