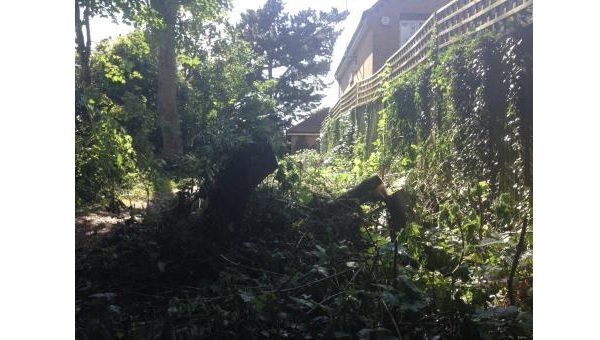 Police are hunting for three men after eight trees were illegally cut down in Leavesden Country Park in an act of “wanton vandalism”.

A member of the public called the police on Saturday June 14 and reported that eight trees had been cut down to their stumps in the south side of the park.

Hertfordshire Constabulary believe that three men were cold-calling in the neighbourhood and were offering cheap tree-work.

Leavesden councillor Martin Brooks condemned the actions that may have damaged a number of “long standing habitats” in the area.

He said: “It is a real shame that someone, who apparently has no concern for this local park, the public that use it or Three Rivers District Council as the owners, would commit such a despicable act of wanton vandalism.

“Their actions have most likely damaged long standing habitats for many varieties of wildlife and will no doubt cost the council a considerable amount in having to replant and clean up this mess afterwards.”

Investigating officer, PC David Herring said: “These trees should not have been cut without the consent of the council and as such this incident is being investigated as criminal damage.”