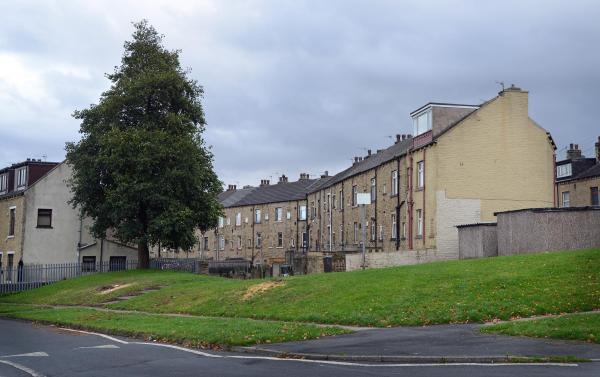 POLICE and council officials are investigating after mature trees were sawn down on a plot of land owned by the local authority hours before it was sold at auction.

A power-saw was used to hack down one tree and the second was attacked at Leicester Street, East Bowling, before neighbours were woken by the racket and chased off the offenders.

The incident happened hours before the land was auctioned on behalf of Bradford Council by Pugh’s auctioneers, where it is understood to have made £35,000.

Trees on the land had been protected by a Tree Preservation Order and by the time of the sale a note had been added to the auctioneer’s website, stating: “During the night trees on the site were cut down and the police were called.

“The trees are protected by the Tree Preservation Orders. Action will be taken by the Tree Section of the Planning Authority which may result in the new owner of the site having to plant replacement trees.”

Residents in the area said they were woken by noise from the power saw being revved and used by several men, but they were eventually chased away.

Dennis Dibb, who lives a short distance away in Leicester Street, said: “My mate and his son came out and chased them off, they ran along the street.

“It was the night of the storm and I think they might have tried to blame it on the wind, but it was a clean, round, cut.

“The trees had been there for years and they were beautiful. It is a nice spot, it is the only green space we have around here,” he said.

Police confirmed they were called around 30 minutes after midnight on October 21 and found one tree had been felled and a second damaged.

As a result, the council had to take that one down too.

Police said they were now looking for three Asian males, one who was wearing a hoodie and scarf, who were believed to have fled in an unknown vehicle.

The land had previously been the subject of interest from the Coventry Street Mosque, housed a few yards away in a former shop building.

Residents said there had been longstanding interest from the Mosque in acquiring the land as a car park. The identity of the buyer is unknown, but Jamil Ahmed, Imam at the Mosque, confirmed it had not been purchased by them.

“The Mosque was interested in buying the land previously but the land was sold at auction. Someone else bought it, not the mosque,” he said.

Cllr Rizwana Jamil, who represents the Bowling and Barkerend Ward on Bradford Council said she had been approached by a resident about the issue and was trying to find out more detail. “If there is a Tree Preservation Order, it is there for a reason. For someone to blatantly disregard it is not good at all,” she said.

Bradford Council confirmed the trees were felled without consent and said in a statement: “The council is currently investigating the matter.”