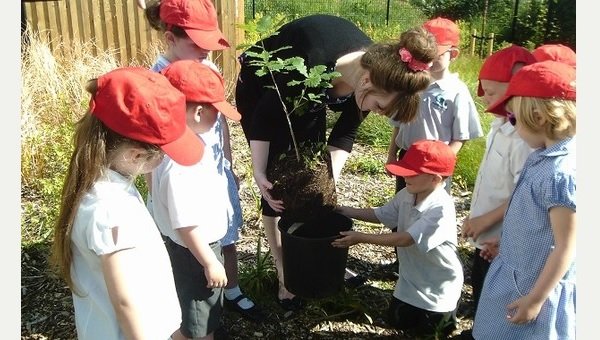 THERE is a touch of royalty in the air at a city primary school. The youngest and the oldest students at Marine Academy Plymouth came together to plant the saplings of four Royal Oak trees in the grounds of the brand new primary school.

The regal acorns were collected from the Queen’s Sandringham Estate and sown at the recent Jubilee celebrations.

Now saplings, they were brought to the St Budeaux school to be planted by 34 primary pupils who joined forces with half a dozen sixth-formers.

The students learned that a fully mature oak tree can support more than 80 species, making the oak tree a tremendous boon to wildlife.