Plant a lasting legacy to commemorate the anniversary of WW1 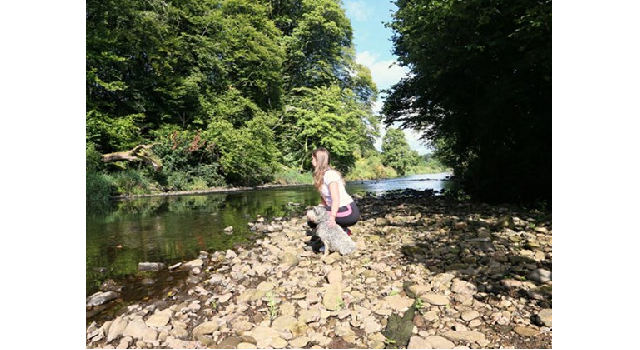 The Woodland Trust invites you to play a hands-on part in bringing a special new Centenary Wood to life.

Set in the heart of Northern Ireland’s scenic Faughan Valley, ‘Brackfield Wood’ is one of four flagship woods being created across the UK in remembrance of the 100th anniversary of the First World War. In total, the Trust’s four-year Centenary Woods project will see well over three million trees planted, representing the millions of lives lost and affected by the war.

Saturday 8 November, from 12pm to 3pm, is the date for your diary. Make your mark, in the run up to Remembrance Day, by helping to plant Brackfield’s first trees – the first of an ambitious 40,000. Decorate the landscape with wildflower bulbs. And prepare for a glimpse of wartime life thanks to actors in the guise of a soldier and his family.

Patrick Cregg, director of the Woodland Trust, said: “This is a unique opportunity to mark the centenary by helping to create a flourishing new stretch of woodland. The trees, which will stand for generations to come, will be a living, growing tribute to the people from the island of Ireland who played a part in the war. It’s estimated that over 40,000 lost their lives, with countless others affected.

“We hope that everyone – local people and visitors – will join us to plant the first saplings.”

The Trust’s Centenary Woods project is supported by lead partner Sainsbury’s, who are helping to plant millions of native trees to commemorate the First World War.

Helping to plant the first Sainsbury’s-funded trees will be local man Stanley McMinn, whose uncle Private Edmund Gray died at the Battle of Passchendaele in 1917.

Stanley McMinn said: “I was reared on stories about my Uncle Eddie from my earliest years. My mother, Eddie’s younger sister, idolised him. Sadly, at just 26 years old, he was killed by shellfire at Passchendaele while retrieving a wounded officer. There is no known grave and his remains were never found.

“This Centenary Wood will be a unique and peaceful tribute to all those who served in, or lived during, the war.”

Brackfield Wood stretches by the banks of the beautiful River Faughan. Car parking will be available by the ruins of Brackfield Bawn, just off the Glenshane Road. Look out for the road sign marked ‘Ness Country Park/Brackfield Bawn’. A shuttle bus will transport visitors to the wood.

Free refreshments will be provided. Please wear stout footwear or welly boots. For further information telephone Michelle McCaughtry at the Woodland Trust on 028 9127 5787.

The site’s purchase has been assisted by Northern Ireland Environment Agency, a number of charitable trusts and foundations (1), and the generosity of individual donors. The tree-planting event is supported by the HLF-funded Faughan Valley Landscape Partnership Scheme.