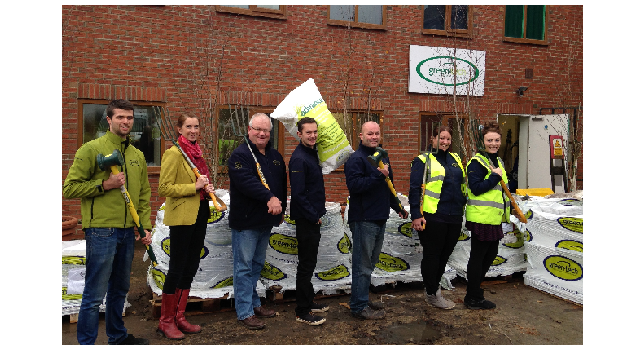 Landscape and forestry supplier, Green-tech is celebrating after hearing that planning permission has been granted by Harrogate Borough Council for their new site in North Yorkshire, just off the A1 between junctions 47 and 48.

The new site, to be known as Rabbit Hill Park, will house Green-tech’s £9 million business, the HQ office, warehouse and distribution facility, new trade store and their 30 plus strong team.

Green-tech has also been successful in being awarded a £200,000 grant from the York, North Yorkshire and East Riding Enterprise Partnership’s Business Grant Programme, part of the Government’s Regional Growth Fund which supports the creation of new jobs and business growth.

“The award of both the grant and planning permission is fantastic news. A lot of hard work has gone into this not only from the Green-tech team but also from David Boulton, our Planning Consultant from Carter Jonas in Harrogate and Chris Smith, our Architect from York-based Lawrence Hannah. The new site is well planned and will become a valued asset in the local area, offering Green-tech future growth potential as well as supporting the local economy.”

“We are delighted with the announcement.  We are celebrating our 20 year anniversary and this news rounds off our anniversary year perfectly. We are a Yorkshire based business and it is important to us that we use other local businesses.  We will be appointing contractors between now and Christmas and intend to use Yorkshire based contractors and source as many Yorkshire materials as possible.”

The project is estimated to cost £2 million and will start with groundwork’s early in the New Year.  Green-tech hope to be up and running in their new location by September 2015, just in time for their busy 2015/16 landscaping period.