Planning panel says row of protected trees can be felled 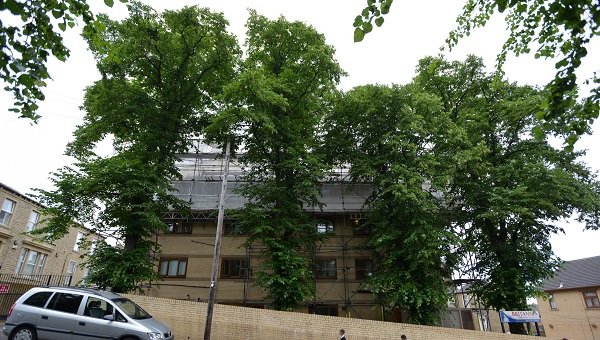 A row of lime trees protected by preservation orders can be felled, a planning panel has ruled.

The 70-year-old trees are in the grounds of Britannia Care Home, in Girlington, Bradford, which had previously been given permission to extend.

Bradford Area Planning Panel heard there had been some confusion about whether the care home already had permission to fell the trees, as part of the previous permission, and that one of them had already been chopped down.

The panel visited the street before voting on whether to lift the Council’s tree preservation orders.

Members were split down the middle – Councillors Shabir Hussain, Imran Khan and Geoff Reid voted for them to be felled, and councillors Sarah Ferriby, Roger L’Amie and Michelle Swallow voted against.

As chairman, Cllr Hussain had the casting vote.

The seventh panel member, Councillor Mark Shaw, had left the meeting as the matter was discussed, as he said he was a Freemason and knew the applicant.