Plan To Save Towcester Commemorative Oak 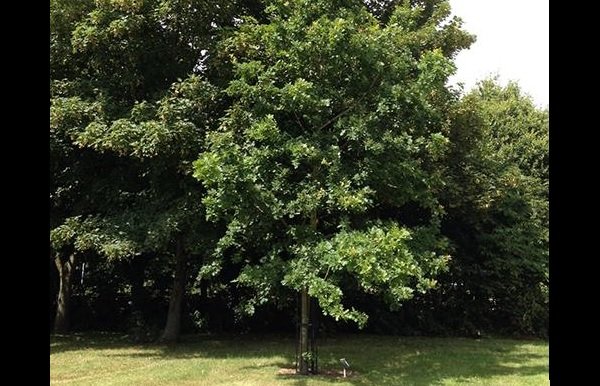 Following a request from Liberal Democrat Councillor Martin Johns, a tree planted to mark the 50th anniversary of the NHS, could be saved from the axe.

Commenting, Cllr Martin Johns said: “The oak tree was planted next to the council’s offices at Springfields in 1998. It appears to be in very good condition and I believe it would be an act of vandalism to cut it down next year, when SNC’s offices are demolished. The entire site is to be cleared and replaced by some eighty houses. Most of the trees at Springfields, including some with preservation orders, will be destroyed.”

At yesterday’s meeting of South Northants Council, the council’s leader, agreed to plan for the oak tree’s relocation, in response to the request from Cllr Martin Johns. The suggestion is to re-plant the tree, probably on Towcester Watermeadows.

Lib Dem Councillor Lisa Samiotis, added: “I’m very pleased that the council has agreed to try and save this oak tree. The trees along Springfields have been a pleasing feature to Towcester residents for many years. The loss of the trees is just one of many reasons why local people have been so opposed to relocating the council offices.”