Plan to cover 2,700 square miles with woodlands would earn £500m 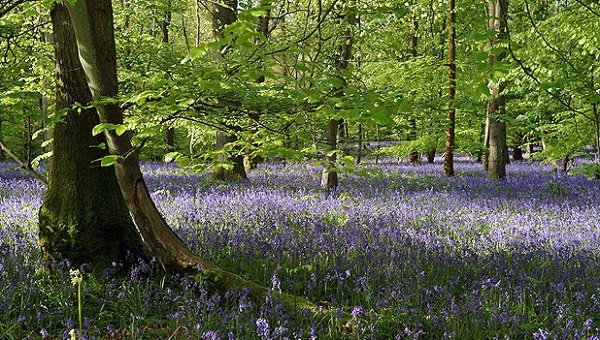 Creating new woodlands covering an area bigger than Devon could generate £500 million a year – if they are planted in the right place, experts have said.

But although planting in upland areas is recommended Dartmoor and Exmoor will be off the agenda because covering areas rich in peat with trees dries out the peat and releases carbon into the atmosphere. Planting on productive farmland is also seen as a cost, rather than a benefit. Planting in the wrong places could cause losses of up to £65 million.

However planting native pendunculate oak trees in the right places around the country to deliver all the potential benefits could generate £500 million in value to farmers and society.

The researchers have recommended the planting of 200 million trees, as part of a series of studies that make up the UK National Ecosystem Assessment Follow On report, and produced maps of the best spots around the country for new forests.

The new report follows on from the National Ecosystem Assessment, which first reported findings in 2011 and analysed the natural environment of the country in terms of the value and benefits it delivers to society.

Researchers round that forestry-related industries generated £7 billion a year and tourism was worth £36 billion.

The best spots for planting new woodlands that would be beneficial for society were compared to the areas that would give the best market returns. While the highest market returns came from planting in areas such as the Scottish Highlands, English uplands and North and Mid Wales, woods that took into account all benefits should be planted in other places, the study found.

It would see a shift away from planting in the Scottish Highlands, as they are predominantly peatlands which dry out and release carbon if planted with trees, while there would be planting around cities including London, Manchester and Glasgow to provide easy and cheap access for recreation.

And widespread planting in South Wales would give the region’s urban areas access to woodlands and save carbon by displacing livestock farming, the research suggested.

“These include cleaning water before it goes into rivers, providing a habitat for birds and reducing carbon dioxide.

“Woodlands are also great places for recreation, and of course trees are a crop which provides timber for sale, giving farmers a source of income.”

He said choosing the best location for planting new trees was important for maximising their value, and that the researchers had developed a computer programme for assessing the best sites. Planting on prime agricultural land would result in a loss for farmers far greater than income generated from timber.

“But planting on some poor quality farmland, such as peat moorland, would cause a cost to society because it would dry the soil, leading to the release of carbon dioxide. We have taken all of this into account, along with ease of public access to new woodlands.”

And he said: “Perfect positioning of new trees could create net benefits exceeding £500 million each year to society. But choosing the wrong areas, particularly when chosen to maximise market return rather than taking into account the value to society, could incur a net loss to the taxpayer of up to £65 million.”

UEA research examines how much UK wealth is created by the natural environment and how policymakers must examine environmental impacts of new policies at an early stage.