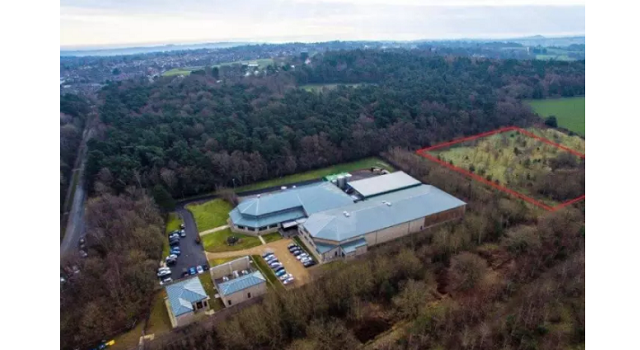 Pinewoods Conservation Group is formally objecting to a leading Harrogate company’s plans to build on Rotary Woods within the Pinewoods.

The charity discussed the issue widely among its 200-plus members before taking such a clear position.

Neil Hind, chairman of the Pinewoods Conservation Group, said: “Following our annual general meeting and further consultation, the PCG has formally objected to the planning proposal to build on Rotary Woods within the Pinewoods.

“As a body which aims to educate on protecting and conserving habitat and wildlife in the Harrogate area, we cannot support development on any area of the Pinewoods.”

The plans by Harrogate Spring Water would see the construction of a 5,000 sq meter extension on a four-acre section of the Pinewoods current footprint, known as Rotary Wood.

A world-wide success, Harrogate Spring Water is Britain’s oldest bottled brand and is well known for its green credentials.

But it says the development is essential to enable it to continue to ensure its water can continue to be bottled at source.

With Harrogate Spring Water’s growth levels topping 30 per cent in 2016, it says the investment would bring added economic and job benefits to Harrogate and the whole region.

But Pinewoods Conservation Group claims the loss of the wooded area would not only be bad for the environment but for the local habitat which includes bats, hedgehogs and badgers.

The area, known as Millennium or Rotary Wood, was created in 2005 by Harrogate Rotary as part of their centenary celebrations.

Hundreds of new trees, made up from around 70 native and European species, were planted on land owned by Harrogate Borough Council by members of the Rotary with local schools and other groups to form an extension to the original Pinewoods.

The Pinewoods Conservation Group has also recommended that the Council Nursery site adjacent to the Pinewoods owned by Harrogate Borough Council is transformed into a new wooded and wildlife friendly area once vacated.

Volunteers’ ultimate goal is to expand the Pinewoods as a nature spot rather than allow it to be swallowed up by business and housing development.