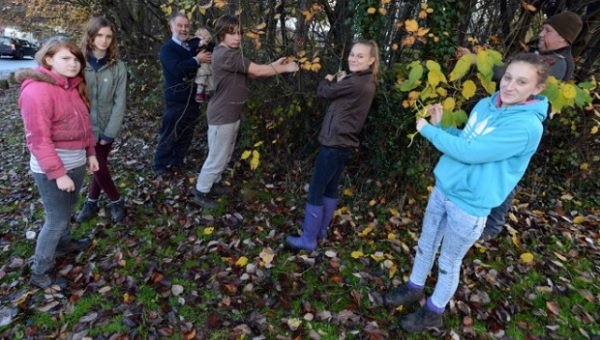 Campaigners who want to save trees from being axed to make way for a bus lane have gathered 1,500 petition signatures.

Sheffield City Council is planning to remove 129 trees along Prospect Road and Myrtle Roads in Heeley with a bus lane in its place to ‘reduce bus journey times’ and to increase ‘traffic control’.

But campaigners say that the scheme, which will cost part of £480,000, have rubbished claims it will save journey times and that it will sort out the traffic problem.

He said: “All It’s going to do is make the traffic a whole lot worse, the bus lane will not solve this as the majority is car traffic.

“I have already been told that they can’t widen the bridge before the junction of Queen’s Road so the bus lane will not benefit anyone.

Mr Dillner also expressed his frustration at the lack of dialogue between all parties.

He added: “We have 1500 signatures opposing the bus lane and at the start you could count on one hand just how many people in the area knew about the bus lane until I held a public meeting.

“When I asked council officers for evidence why it would be beneficial to the area, they said ‘it’s too complicated for you to understand’.”

The plans would see trees felled which backs onto the popular Heeley City Farm, who have voiced their opposition as well.

John Le Coney, chief executive of Heeley City Farm, asked council officers previously what evidence there was that the scheme would make it easier for traffic and encourage public transport use but got a similar response to Mr Dillner.

He said: “The purpose of this work is to improve bus journey times and service reliability, but passenger access, safety and information at bus stops are also key elements of this scheme.

“We will aim to minimise the number of trees affected and those removed will be replaced priate specimens.”