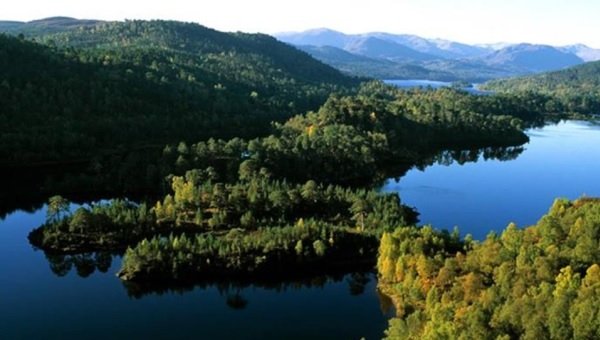 A major new plan to restore Scotland’s ancient woodlands has been unveiled after a landmark community buyout of “surplus” forest in the Highlands was agreed.

The regeneration project got the go-ahead after Forestry Commission Scotland agreed to sell 1,086 hectares of woods in Lochaber to the Achnacarry, Bunarkaig and Clunes (ABC) Group, in partnership with conservation charity Trees for Life.

The deal is being done under the National Forest Land Scheme, which allows communities, non-governmental organisations and housing bodies to acquire state-owned woodlands declared surplus.

It is believed to be the first time a conservation charity has teamed up with a community group to buy land under the scheme, which was launched in 2005.

ABC Group and Trees for Life now have 18 months to raise £500,000 to buy the land at Glen Mallie and South Loch Arkaig before work can start to encourage regrowth of native trees.

It is the latest step in ongoing efforts to restore the ecologically important but rare native Caledonian Pinewood habitat that once covered 1.5 million hectares.

ABC Group’s Gary Servant said: “This is a great opportunity for the local community to secure real benefits in terms of sustainable rural development, to support local land-based jobs whilst at the same time helping to protect, restore and expand these important remnants of native Caledonian Pine Forest.”

Trees for Life’s executive director Alan Watson Featherstone said: “We are delighted that Forestry Commission Scotland has approved the bid.

“We now have a unique opportunity to take a significant step forwards in achieving our vision of a renewed Caledonian Forest in the West Highlands, while bringing real social and environmental benefits to the Lochaber community.”

Today only a small fraction of the original native Caledonian Pinewood survives, in the form of fewer than 80 remnants scattered around the north and west of Scotland.

Since it was set up 25 years ago to return Caledonian Forest to 1,000 square miles of mountains and glens near Loch Ness, Trees for Life has planted more than a million trees and created 10,000 acres of new forest.

Restoration work is focused on “giving nature a helping hand” by erecting deer fences to allow seedlings a chance to grow and removing alien species that can crowd out native trees.

Other moves include replanting barren areas with saplings grown from the nearest remnants of indigenous forest.

The native pinewood remnants at Glen Mallie and South Loch Arkaig were damaged by fire during commando training in the Second World War. They were later acquired by the Forestry Commission and planted with commercial conifers in the 1970s. The forests were declared “surplus” by Forestry Commission Scotland in 2013.

The ABC Group applied to purchase the land three months ago, after creating a business plan and conducting a postal ballot of local residents. Trees for Life, which owns and manages the Dundreggan conservation estate in Glenmoriston, was invited to become a key partner due to its expertise in conservation and pinewood restoration.