Pensioner plunged into darkness because of overgrown tree 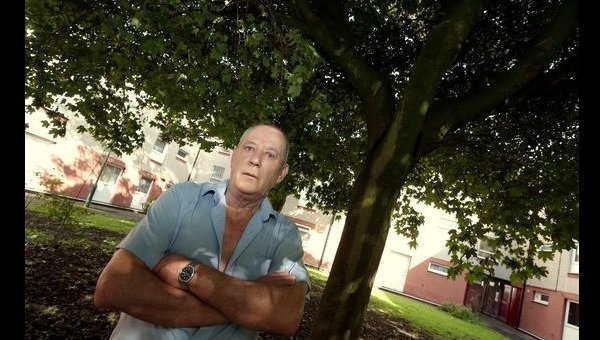 A pensioner is calling on the city council to remove trees from outside his house because they block his light and he fears that roots are damaging the foundations.

“It’s almost pitch black,” said Mr Shepard, 67. “I can’t read the paper in my front room or make a cup of tea without having to turn my light on.

“I’m lucky if I get an hour of sunshine a day. In the autumn or winter, it’s even worse. It feels claustrophobic.”

Mr Shepard, who has lived in the Nottingham City Homes complex for 24 years, says the trees also attract pigeons, which mess all over the block.

“They rest on the window sills because they’re so close to the trees,” he said.

“The windows and the bins get covered in pigeon poo.

“If the trees weren’t there, then that wouldn’t be a problem.”

Neighbour Martin Stack said the trees, which reach above the three-storey complex, blocked the guttering and drains.

“Obviously, they fall in autumn but they only get cleared out in the summer. It’s ridiculous,” he said.

The council’s tree services manager, Eirion Lewis, said: “Mr Shepard contacted us around this time last year and his concerns were dealt with immediately, with work carried out to thin the trees and reduce their branches’ proximity to the property.

“They are next due an inspection in 2016 but we will have a look soon to see if any further remedial work is needed.”

The council’s policy is for every council-owned tree to be inspected within three years.

For a tree to be removed due to danger to a house’s foundations, structural evidence has to be submitted.

“We have received no evidence from Mr Shepard about the alleged root damage and could not take any action unless and until we do,” said Mr Lewis.