Pembrokeshire trees to be felled after Kretzschmaria deusta infection found 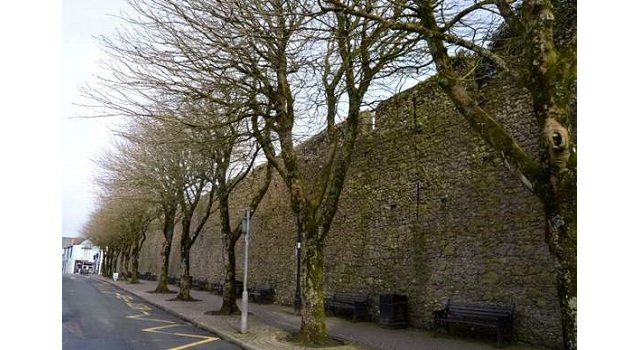 An inspection of horse chestnut trees along the Town Walls at Tenby’s South Parade, has revealed all the horse chestnuts must be removed due to fungal infections.

Officers from Pembrokeshire County Council, the Pembrokeshire Coast National Park and an independent arborist inspected the horse chestnuts after one fell due to strong winds at the beginning of June.

The fallen tree revealed signs of decay that was identified as the fungal infection Kretzschmaria deusta, prompting the investigation of other adjacent trees.

“Given the recent incident in which a tree came down in strong winds, it was decided to undertake a detailed assessment of the remaining trees,” said Pembrokeshire member for the environment and Welsh language, Clr. Cris Tomos.

“After a detailed examination, it was advised that the remaining trees along South Parade should be felled, given they all exhibited at least one of three threatening conditions.

“Because of this, and the likelihood of the fungus having spread from one to the next via their root systems, we reluctantly acknowledged the need to take this action, despite recognising it will alter the look along the Town Wall.”