How palm trees stand tall in the face of a hurricane 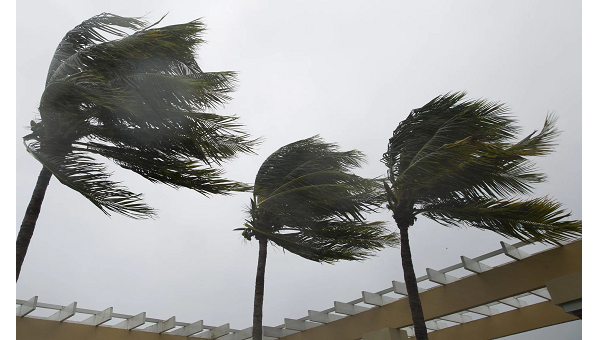 When Storm Aileen ripped across the UK last week the worst of the winds brought down trees, snapped off branches and shredded leaves, made worse because the trees were in full leaf and caught the wind like a sail. Compare that with the palm trees that stood up to Hurricane Irma’s immensely stronger winds, which would have torn British trees to shreds. The palm trees simply bent over at crazy angles and then bounced back again.

How do palm trees pull off this feat? They are aerodynamic marvels. Palms have a trunk growing a bunch of large leaves on top, without branches and a broad leaf canopy, letting the wind whistle through more easily. Each leaf also has one large midrib, allowing the fronds to all fold up like a paper fan in the wind. If the leaves are ripped off the tree grows replacements.

Strangest of all, palms are actually related to grasses and don’t have the woody structure of most trees. Slice through a palm trunk and it’s fairly homogenous without any yearly growth rings of wood. Instead, they have slender, tough strands embedded in lots of flexible tissue, making them much more bendy.

Palms also have lots of small roots spread out into the top layers of the ground, which hold on to more soil and makes a much heavier base that helps the trees stand upright.

These adaptations to fierce winds are particularly striking in the species of palms adapted to growing in hurricane prone regions, such as the Gulf of Mexico and Caribbean, rather than in less windy places such as the rainforests of South America.