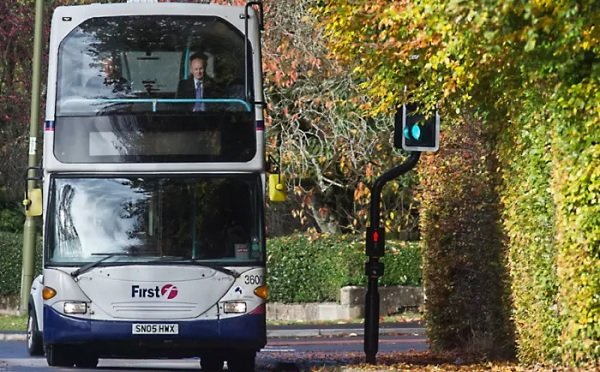 Fears for passenger safety have been raised after a large increase in the number of buses being damaged by overhanging trees.

First Bus, which has one of country’s biggest fleets, said incidents had more than doubled in Edinburgh and eastern Scotland.

They increased from 22 to 51 in the year to July compared to the previous 12 months. A total of 90 of First buses have been damaged across Scotland, up from 56 last year.

Among the worst areas are on the A72 in the Borders, and around Balfron and Killearn, west of Stirling.

Stagecoach abandoned plans to operate open-top buses between Leven and St Andrews because of the risk from trees. First has fitted tree guards, or “push bars”, to protect its double-deckers.

Similar rails are being added to new Lothian buses because they have glass rather than solid panels on the front.

Gavin Booth, director of the Bus Users Scotland watchdog, said: “Obviously, we have concerns for the safety of passengers and are conscious that damaged buses mean some services may not run because of a shortage of vehicles.

“Anything that endangers passengers is reason for bus firms to take action, which is why they are fitting tree guards to protect people and vehicles.”

First said that it made regular, detailed checks of routes and drivers reported problems.

A spokesman said: “Overhanging trees and branches can cause substantial damage to vehicles.

“First Bus continues to work very closely with local authorities to highlight this issue. We urge landowners to heed appeals to cut back foliage and ensure it does not obstruct roads and signs.”

Paul White, spokesman for the Confederation of Passenger Transport in Scotland, said: “Bus and coach operators are reliant on local authorities, Transport Scotland and any other responsible parties to take quick action to clear such hazards.”