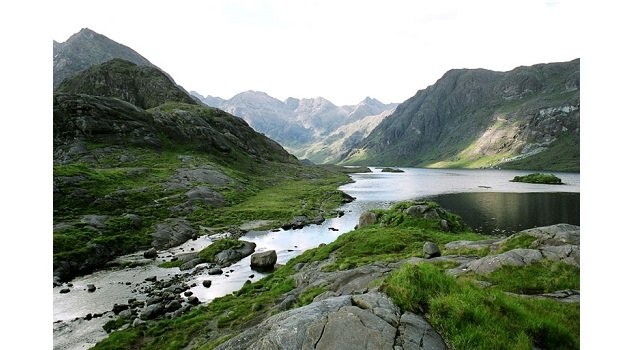 Mountaineering Scotland and the Scottish Gamekeepers Association have written to Scotland’s environment secretary with concerns over the government’s plans to increase woodland cover from 17% to 25% by 2050.

Scotland’s “dramatic open views and vistas” could be threatened by plans to increase woodland cover, according to mountaineers and gamekeepers.

A commitment to plant 10,000 extra hectares of trees between now and 2022 was made in the government’s draft Climate Plan.

But, in an unusual alliance, Mountaineering Scotland and the Scottish Gamekeepers Association (SGA), said they were concerned about the impact of the Scottish government’s forestry targets on wild moorland.

The letter states: “Our concern is whether adequate weight is being given to the significant changes this will have on the landscape of Scotland and in particular the dramatic open views and vistas which have come to signify to the outside world that which is unique about our country.

“Until a vision and strategy for Scotland’s uplands is in place, there is an obvious failure to join up what is required from the land to meet forestry targets and what we might want to keep in terms of internationally rare and valuable landscapes and ecosystems.”

The two organisations are calling for an urgent policy statement which protects moorlands.

Neil Reid, from Mountaineering Scotland, told BBC Scotland: “It is a serious issue for both of us and that’s why we have come together in this way.

“There are many things we do disagree about, and will continue to disagree about, but the key thing is that we both need a coherent policy and an overall vision for the landscape of Scotland.”

The group, which represents hill walkers and mountaineers, wants moorland areas to be left untouched as a wild landscape for tourists.

Those tourists, they argue, are an important contributor to the local economy.

Mr Reid added: “They talk about this landscape, they don’t talk about going for miles long wanders through woods.

“You can see the hills around you, you see the shape of the landscape and it’s also relatively benign for walking across.”

The two groups have invited the Scottish government to share its thinking on the relative value placed on woodland and moorland.

Gamekeeper Bob Connelly said: “Heather heathland is one of the rarer types of habitat in the world.

“We, in Britain, have a very large percentage of it and to cover it in trees is just ecological vandalism.”

Both groups emphasise that they are not opposed to tree planting but that sites have to be well chosen.

Ecologist Dr James Fenton, who has written a document called “A Future for Moorland in Scotland” for the SGA, has echoed the calls for moorland protection.

He said: “It’s disparaged rather than being recognised as important so they’d be quite happy to get rid of our finest landscape.

“[We would] lose them by attrition, one bit is lost to trees here or a dam there or a wind farm there and we are just losing our wild, wide open spaces which characterise Scotland, and that concerns me.”

Stuart Goodall, from the forestry body Confer, told the BBC’s Good Morning Scotland programme: “When we are creating woodland, it’s not just about how can we pack in as many trees as we can in a block.

“It’s about how do we design that new woodland into the landscape, how do we create opportunities for wildlife.”

A Scottish government spokesman said: “The increased woodland creation targets announced by the Scottish government as part of its Climate Change Plan will be taken forward in a sustainable way, including working closely with a range of stakeholders.

“This will include appropriate consideration of Scotland’s distinctive upland landscapes.”